The last thing you bought?

V.I.P Member
The remains of a 121-year-old breech-loading shotgun.

A lot of people get oddly sentimental about antique doubles. I'm guilty of that as well. For whatever reason, I was appraising a mound of old guns and didn't want to leave a 1901 Lefever to sit there and keep rusting away.

I'm thinking it's a solid platform for a restoration. The owner and I negotiated a deal and now it is going to be restored when I can afford it. 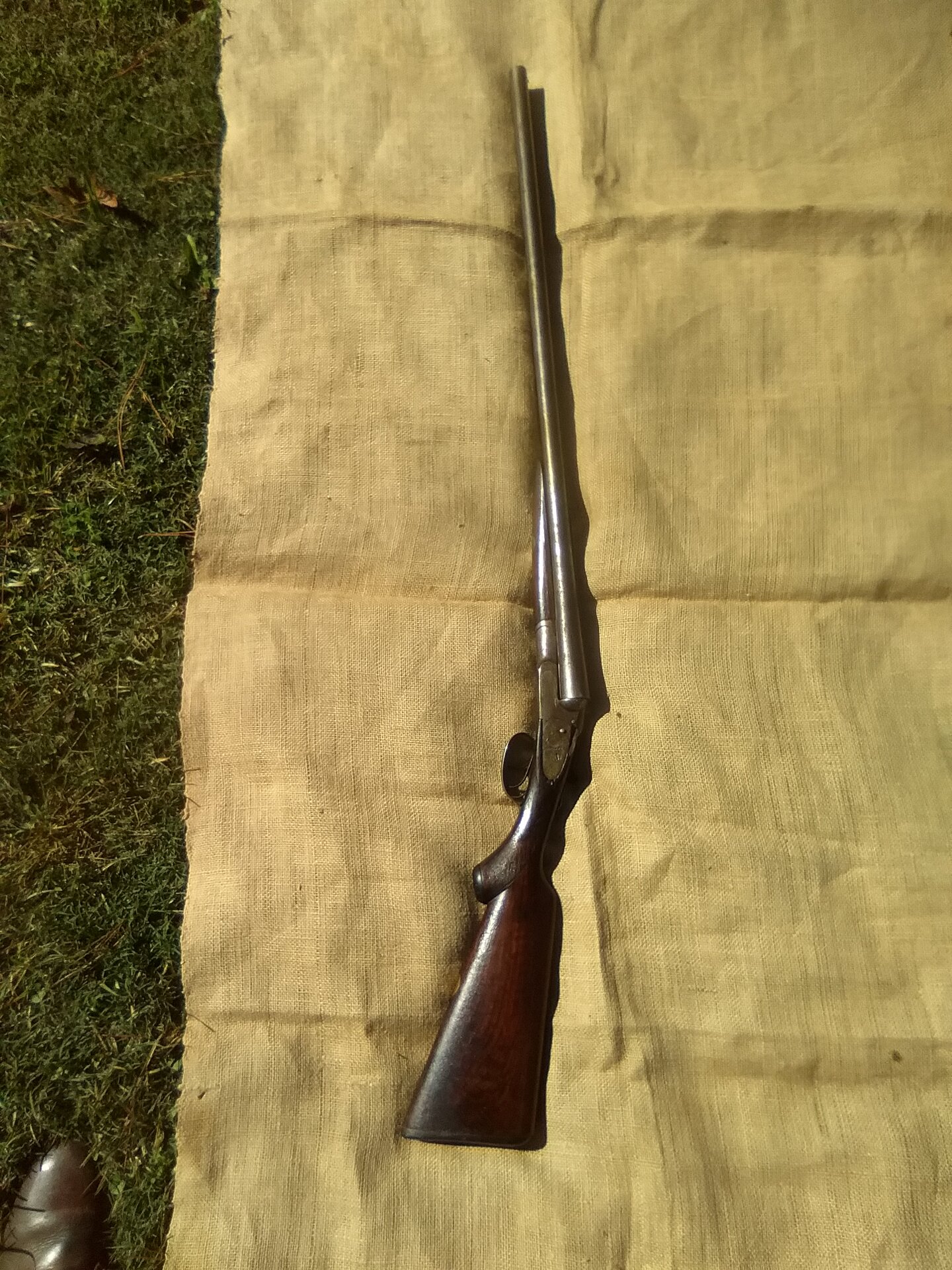 Items from a table top sale today, the weather was sunny and warm here (south).

I got home before the unseasonably warm weather brought on thunder and rain, now it's feeling... 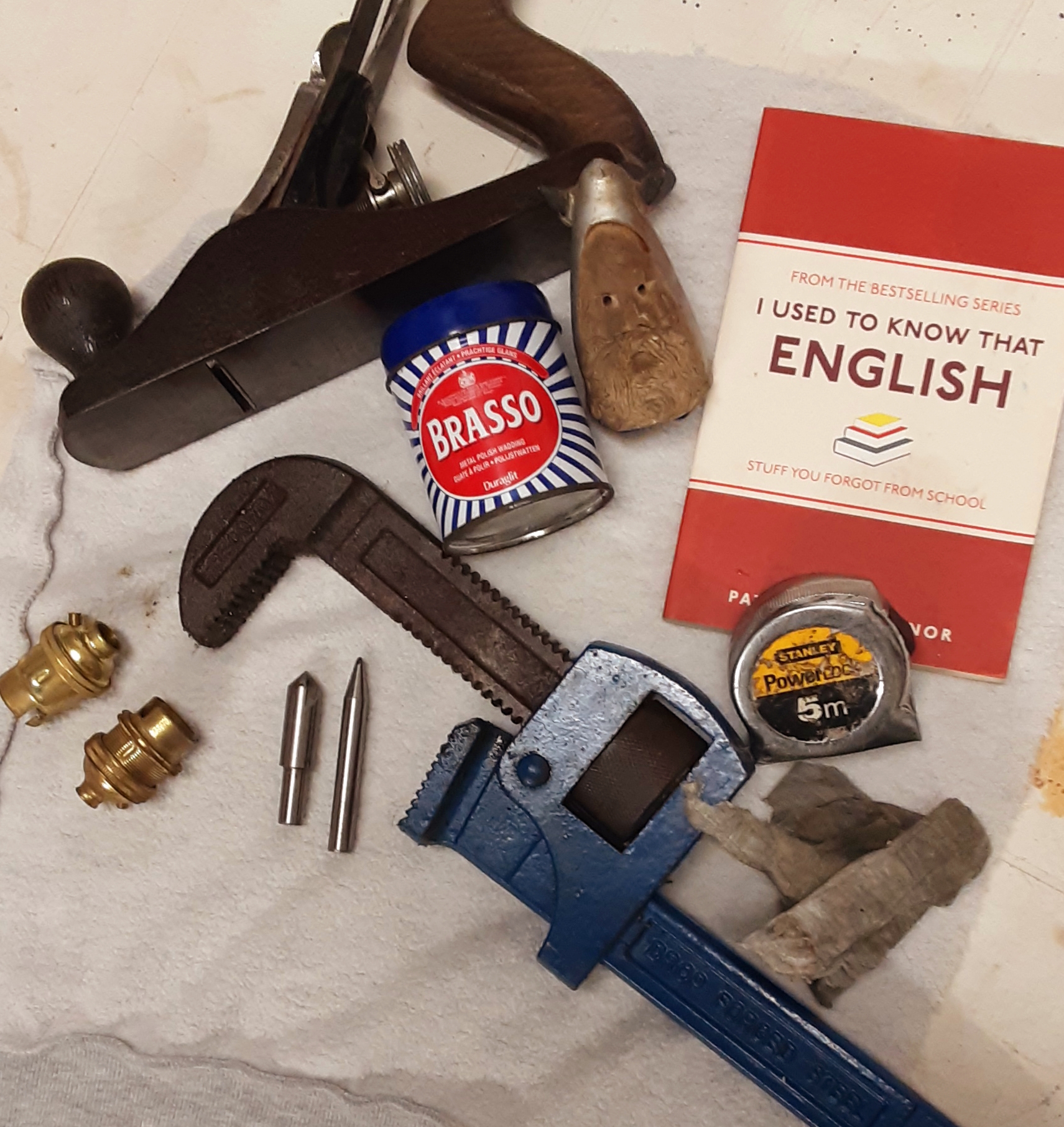 V.I.P Member
A wooden gunstock and forend for a 1901 Lefever black powder shotgun, a mainspring, and a quote on some checkering tools...

Yep, gunsmith wouldn't touch it, said it was too old and worn out, and wouldn't be cost effective for him to fix.

V.I.P Member
It was almost a "It's Always Sunny in Philadelphia" 15 seasons DVD box set. But for some strange reason no one on Amazon will ship it to Norway. Other DVD boxes is no problem, just that one. It's not possible to buy that box in Norway now so I thought I was going to be clever and buy it in the US. It's strange, it's usually not a problem having things shipped here. Well, the hunt continues, somehow I will get that box over here. 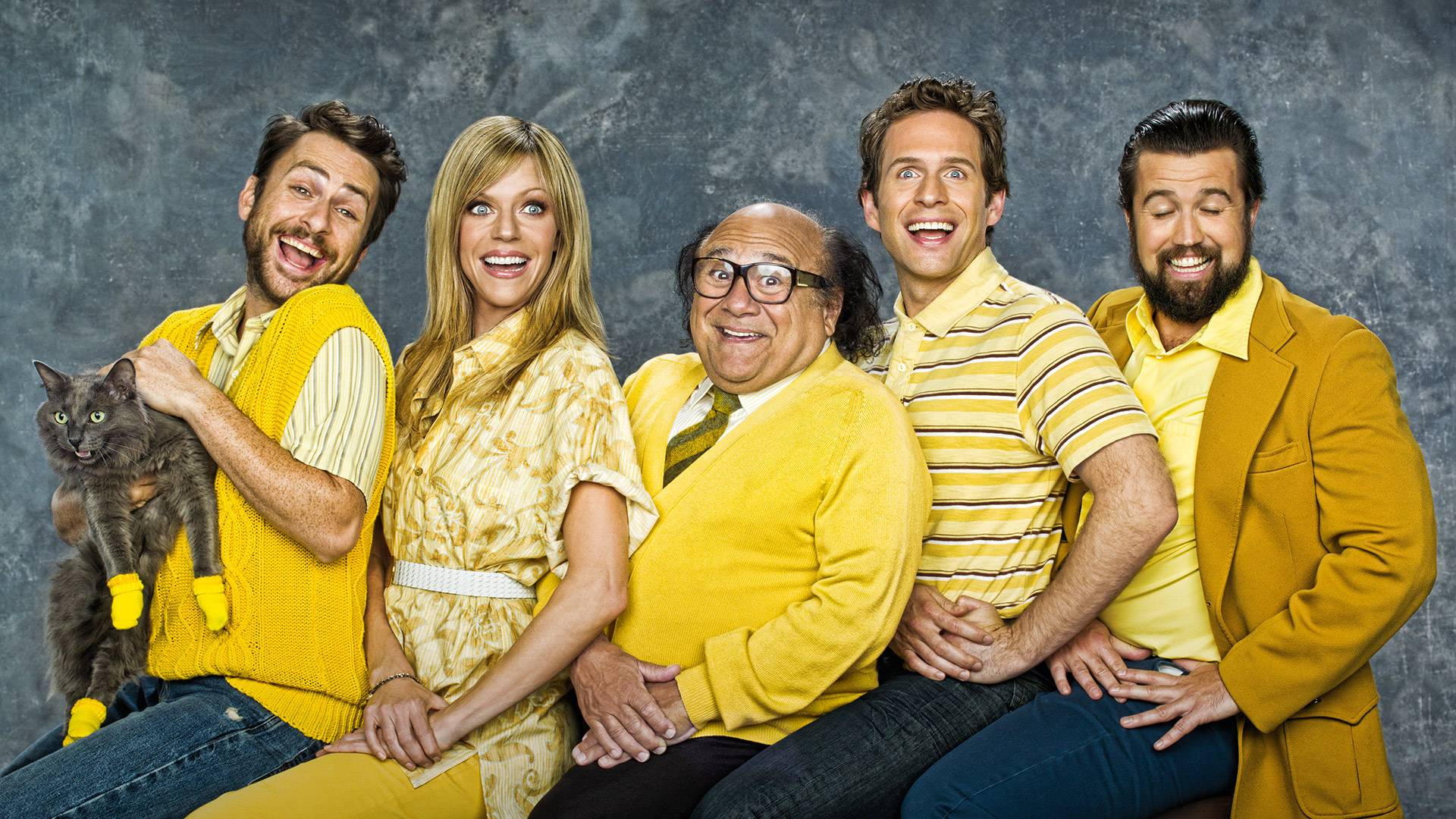 Forest Cat said:
It was almost a "It's Always Sunny in Philadelphia" 15 seasons DVD box set. But for some strange reason no one on Amazon will ship it to Norway. Other DVD boxes is no problem, just that one. It's not possible to buy that box in Norway now so I thought I was going to be clever and buy it in the US. It's strange, it's usually not a problem having things shipped here. Well, the hunt continues, somehow I will get that box over here.

@Forest Cat, good luck and good hunting. This is a worthy quest. 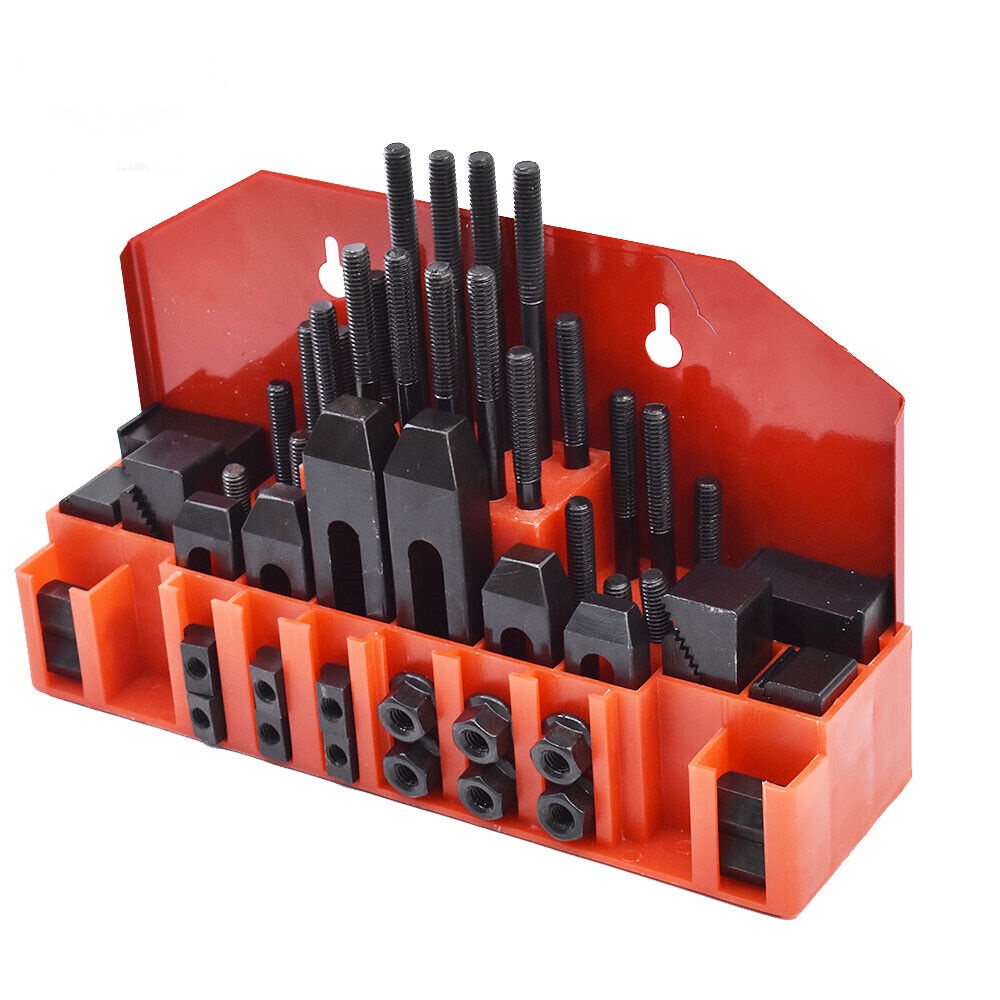 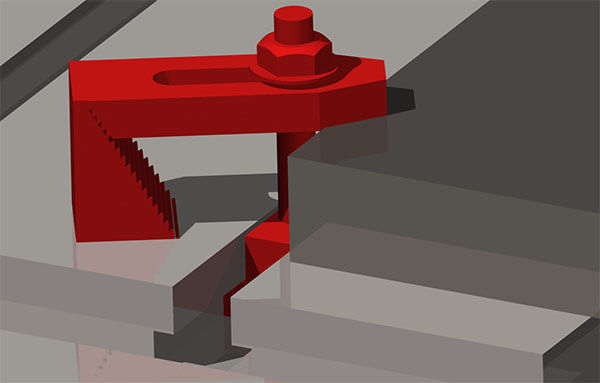 This set of tools holds the work down to the table or fixtures on a machinetool such as a milling machine.
The serrations on the horizontally positioned clamp and triangular heel block allow for height adjustability.
The nut, stud and T-nut do the actual clamping by acting on the fulcrum points provided by the clamp and step block.

There are various sized heel blocks that can be stacked to accommodate the work height that needs held.
In addition to the various stud lengths in the set, there are also coupler nuts to stack the stud lengths for even longer reaches.

I don't have any images of this old girl in her freshly cleaned up state yet, but this is the table this set was bought for: 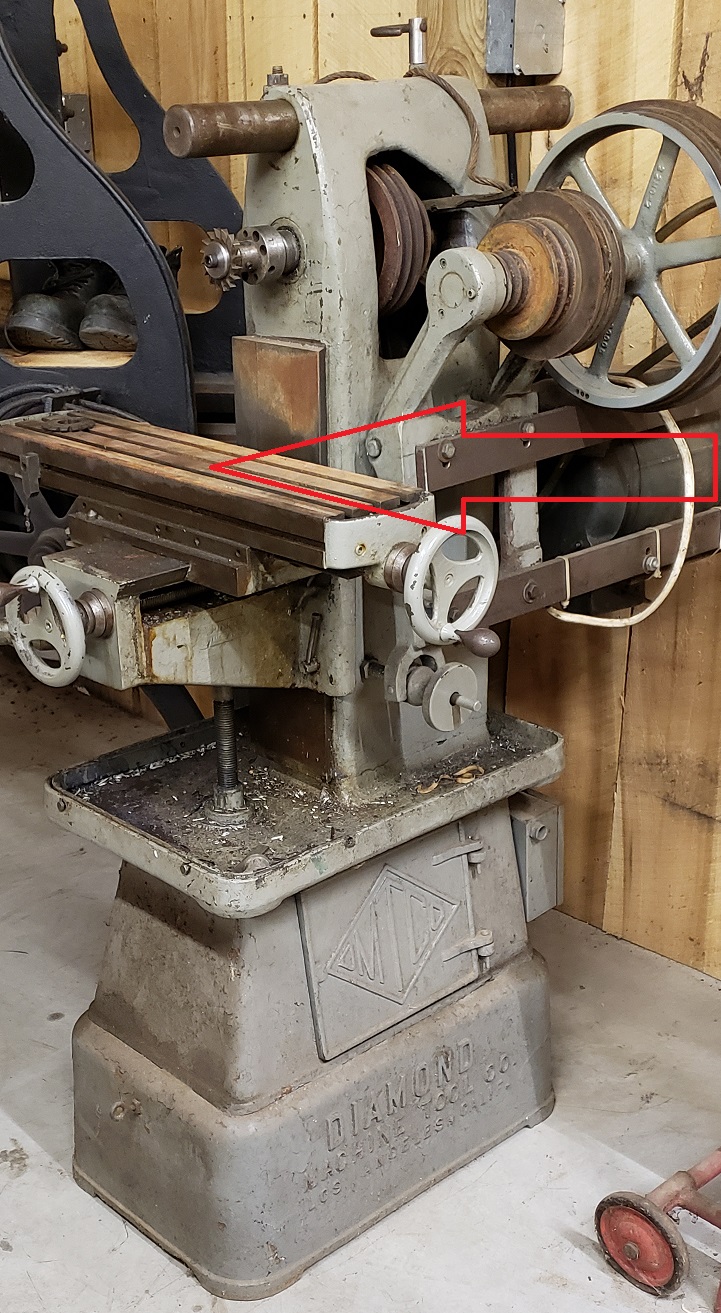 The old Diamond horizontal mill looks a heck of a lot better since she was de-rusted and lubricated and I hope to get her back under power and in a cut up at the showgrounds in the next few weekends.
Last edited: Oct 26, 2022
N

Balloons. I use them for an exercise I do for my pelvis. 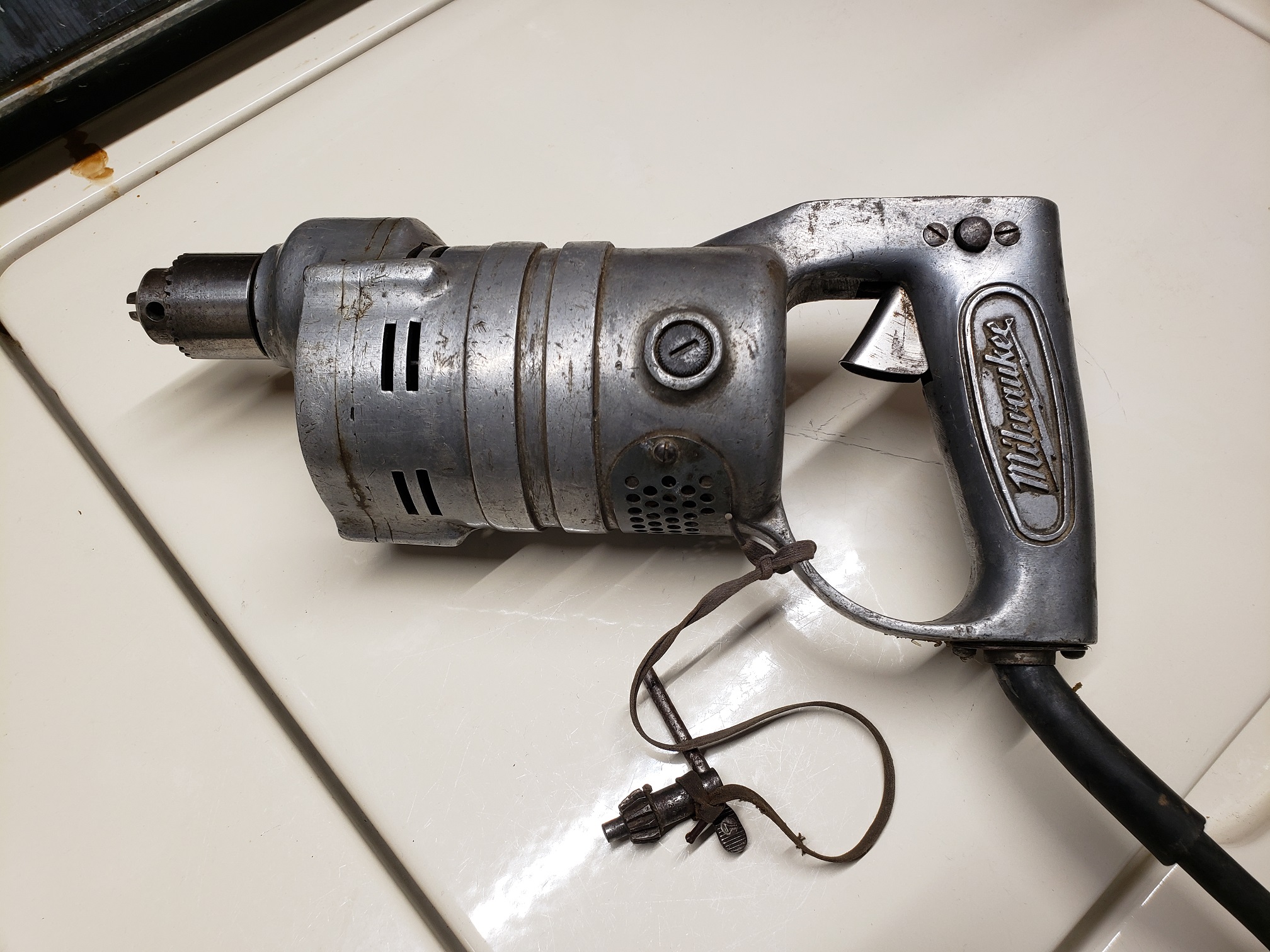 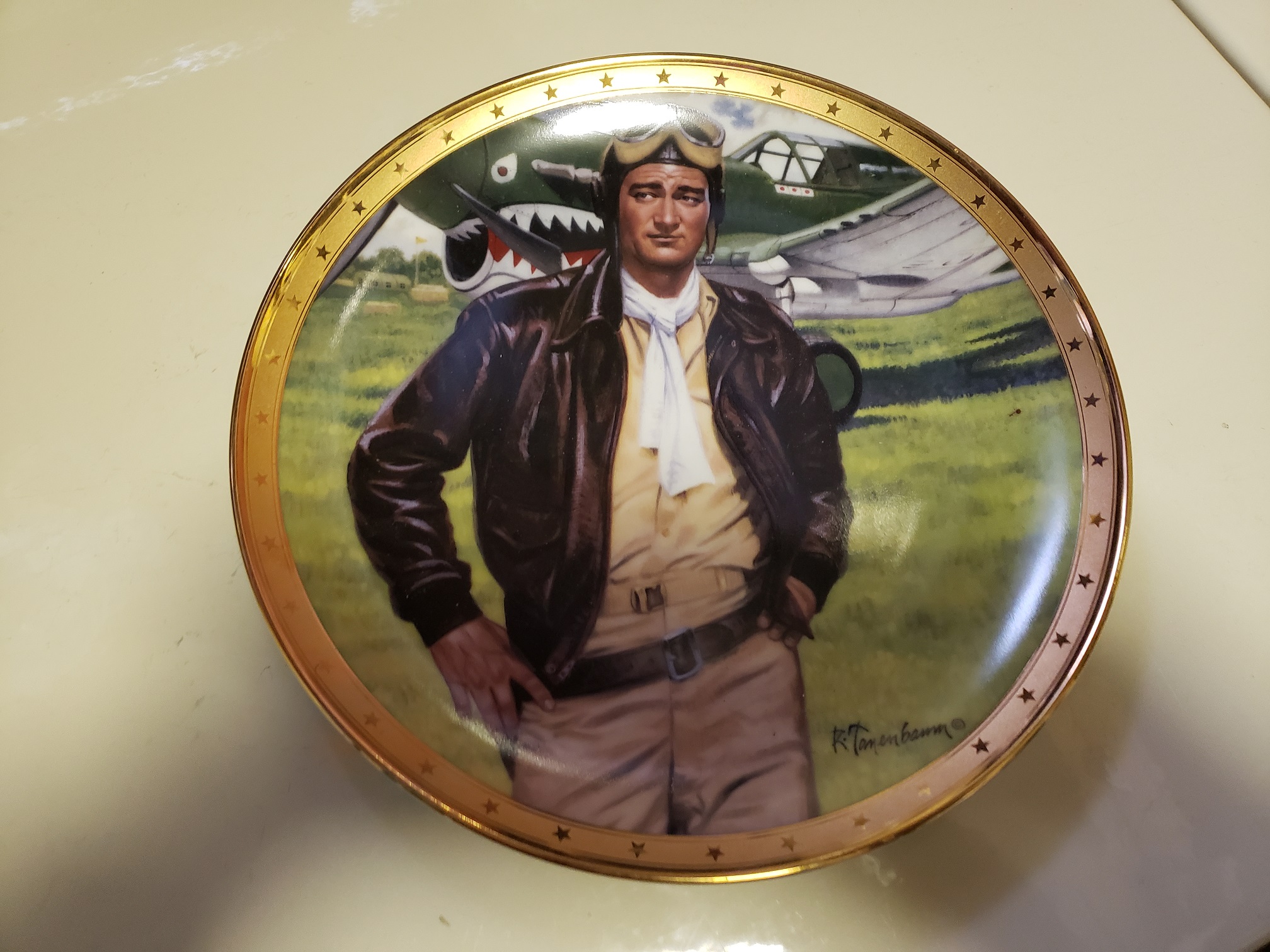 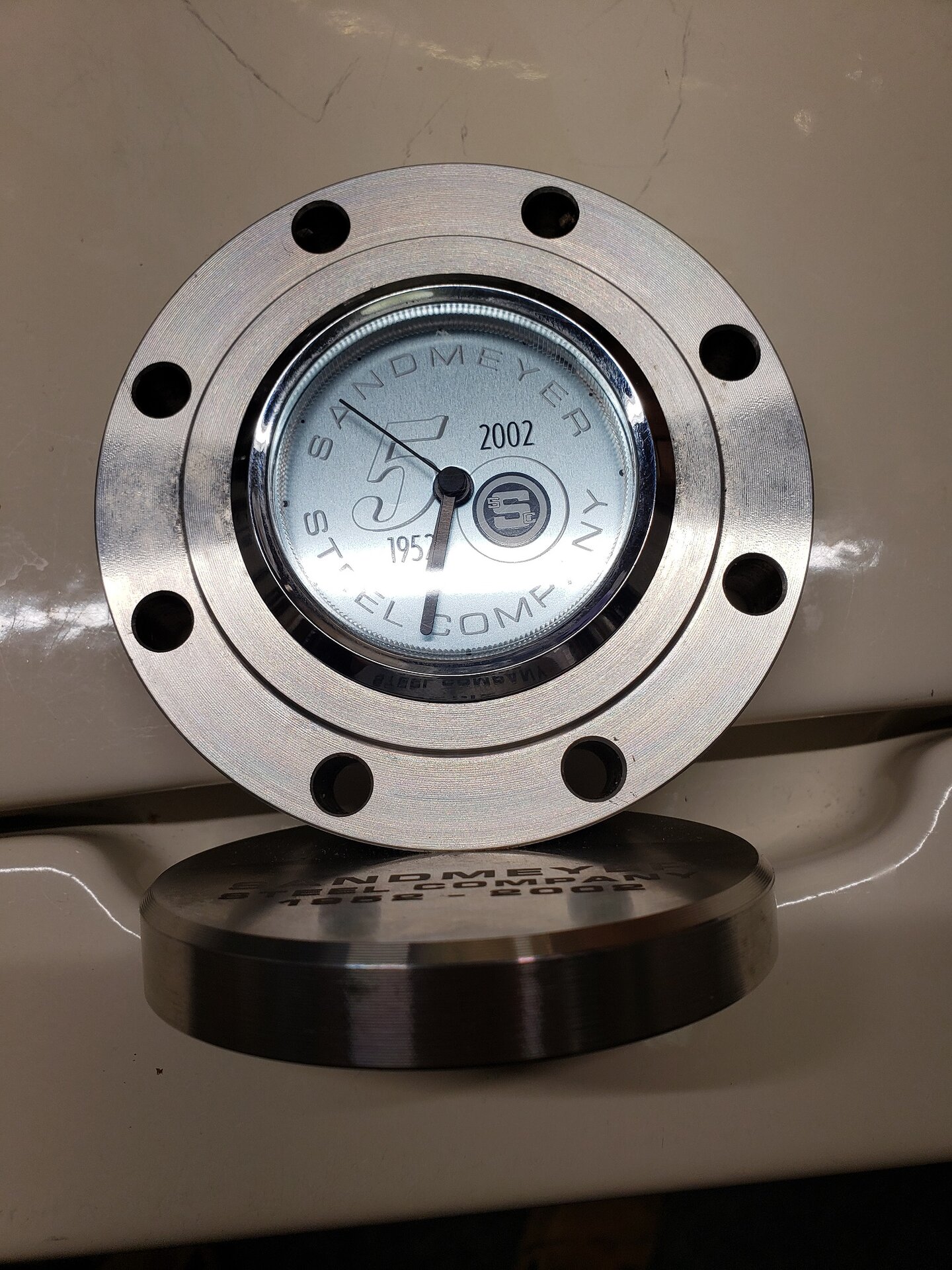 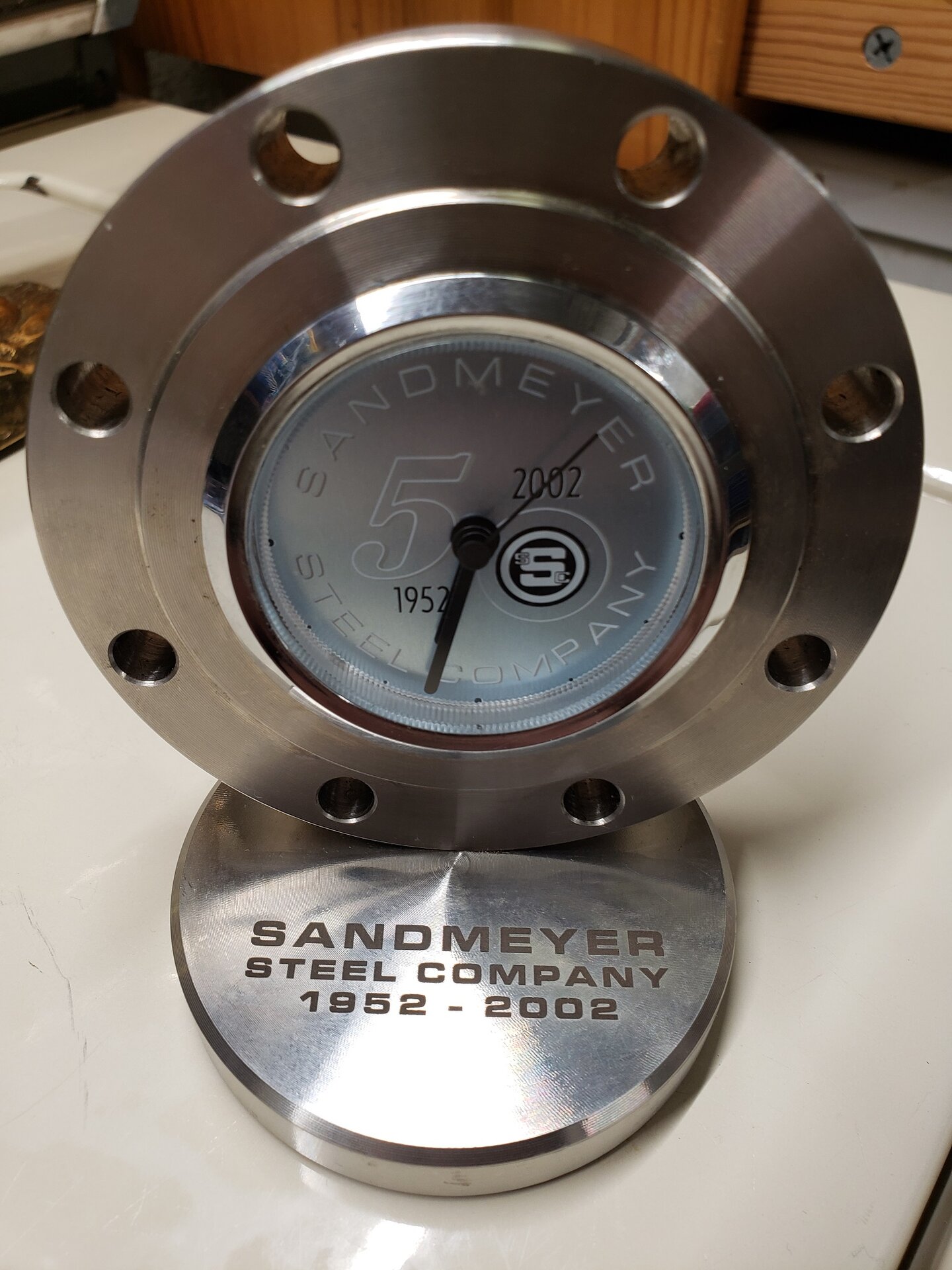 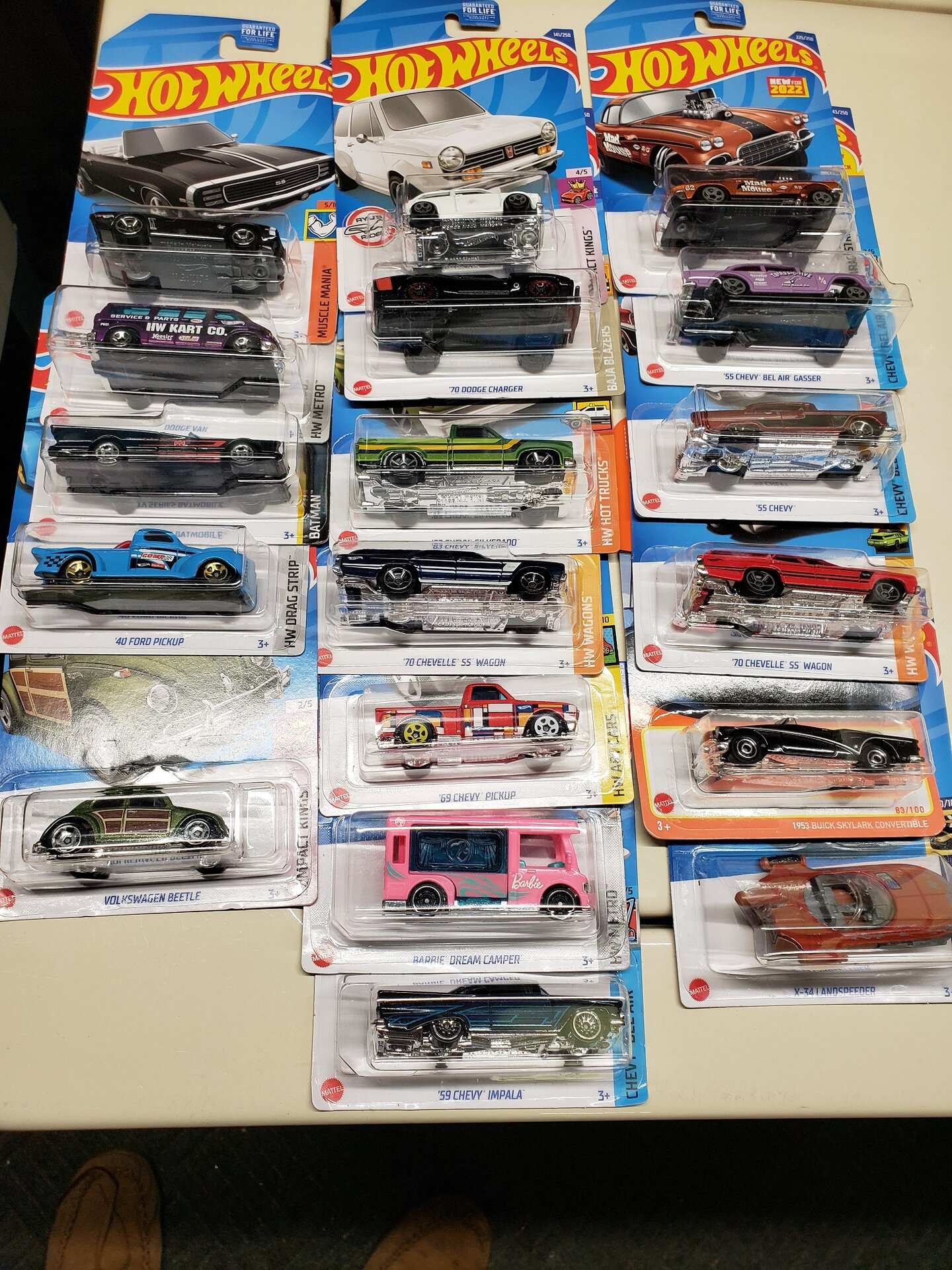 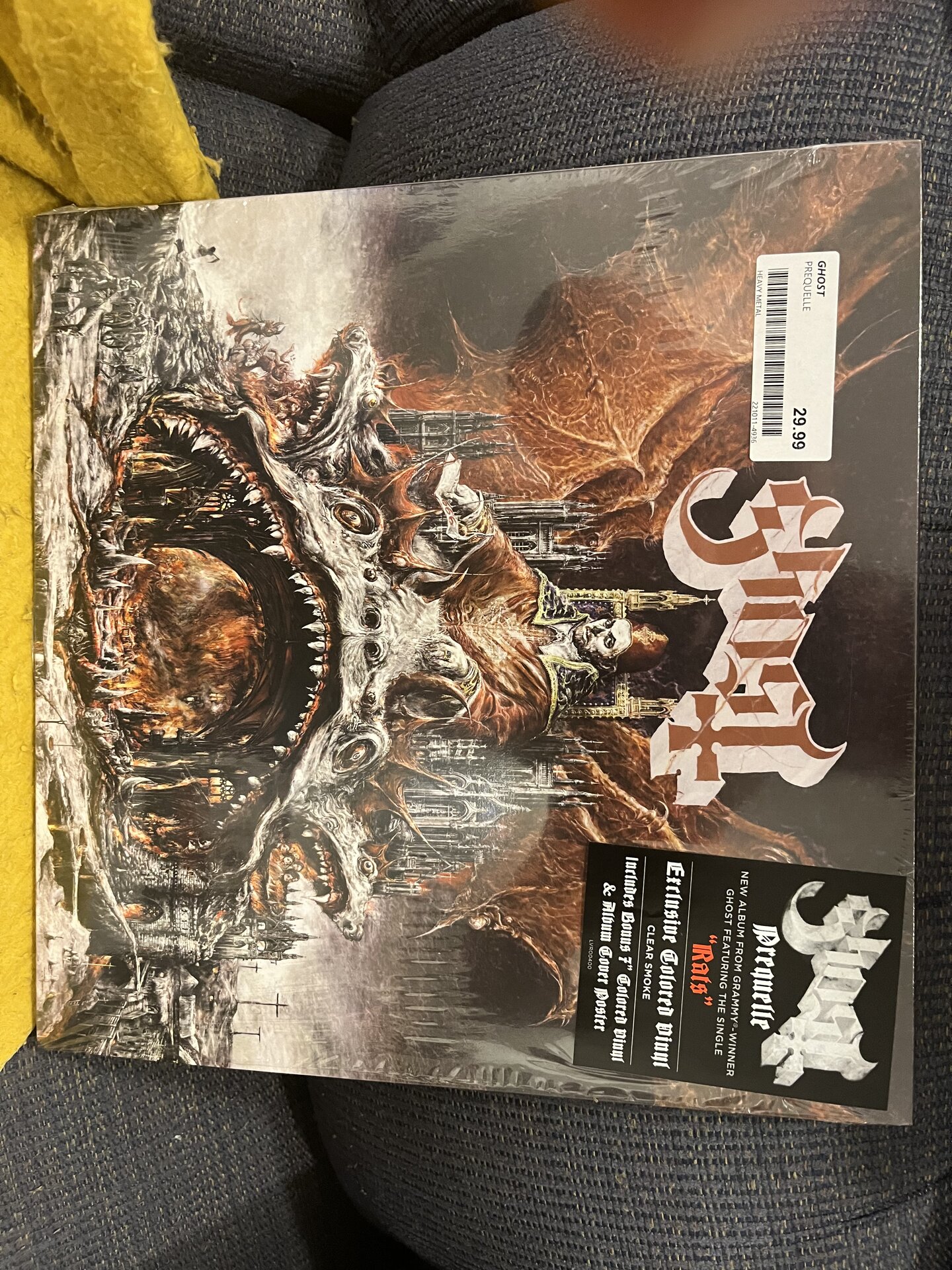 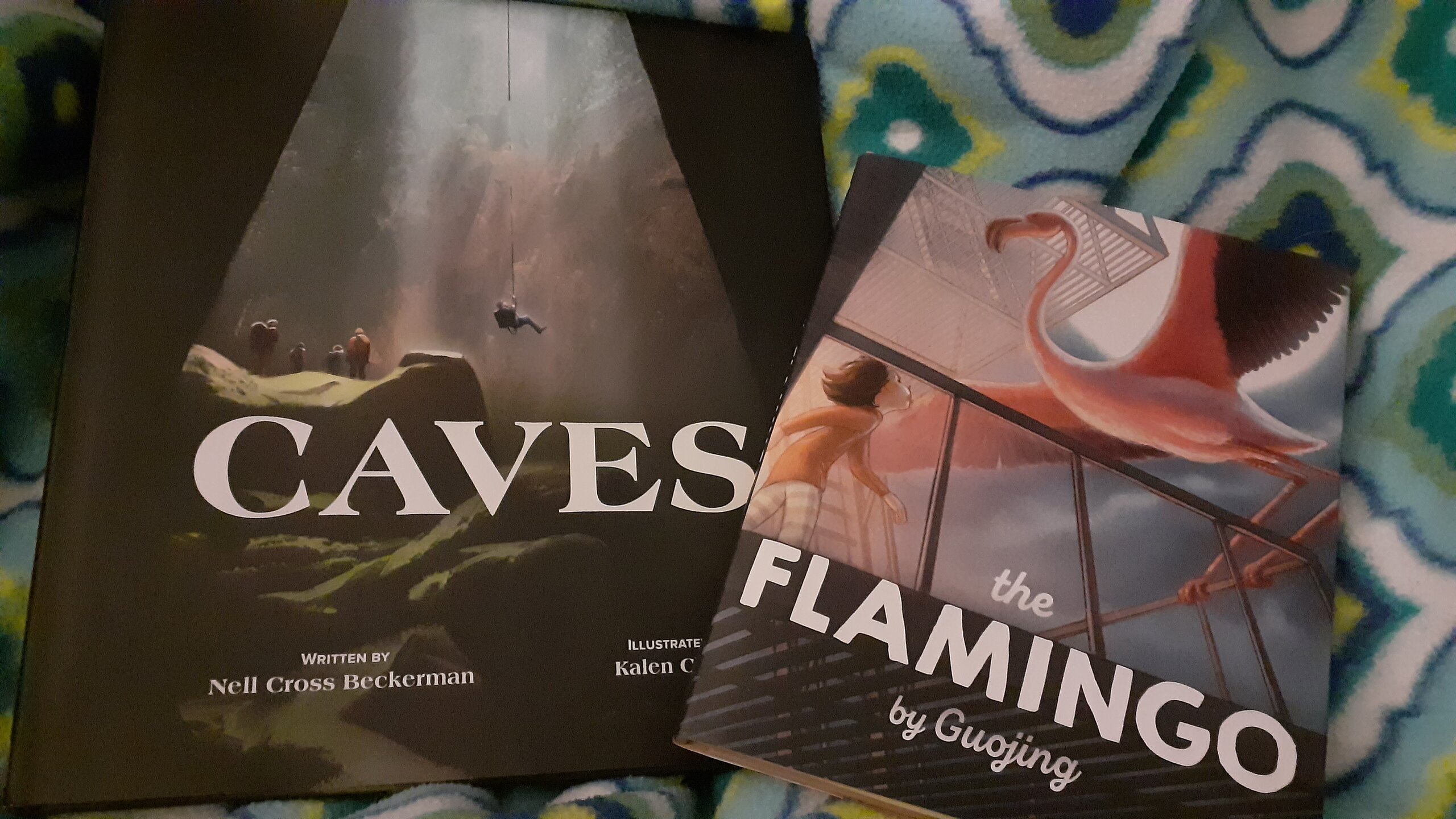 Staff member
Admin
V.I.P Member
A very lightly used Ryobi one+ system brushless 1/2 inch drive impact wrench that delivers 1,170 ft-lbs. of breakaway torque and 700 ft-lbs. of fastening torque.
(my Ingersol Rand pneumatic impact gun only delivers about 500 pounds/feet of reversing torque and when it was sold was also one of the highest torque guns available that generally could outperform many of the 3/4 inch drive models) 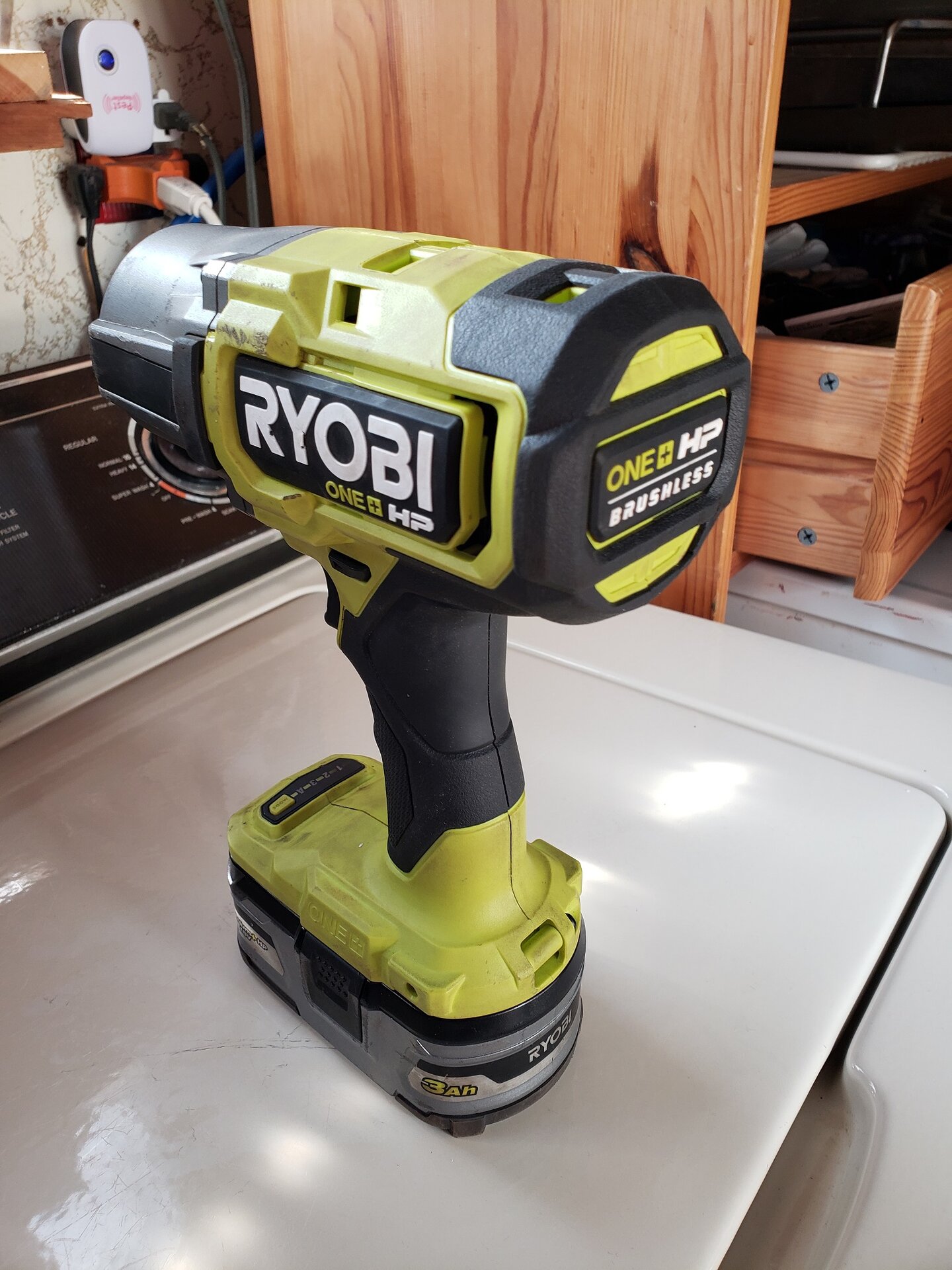 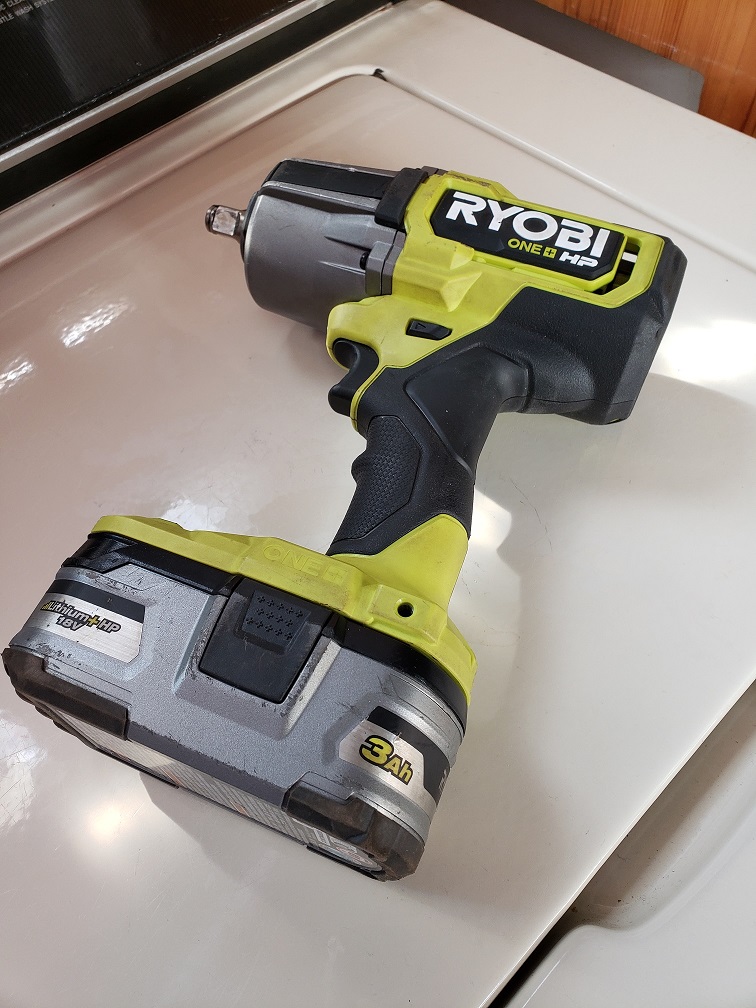 Although Ryobi isn't my favorite line of cordless tools, I got turned onto the older one+ system of tools that were backwards compatible to their newer 18 volt lipo battery system.
For the price of two used tools and three batteries, all of the older NiMh battery tools were now up to par with their newer battery technology.

My top choice for a battery impact wrench was by far a Milwaukee that delivers a 1400 pounds/feet breakaway torque but would also require another battery system and charger that would run me nearly $400 just to knock on the door.

This driver I got retails for $220 in the big box stores as a bare tool without a battery or charger.
A full kit with a charger and a battery retails for $329, so the paltry sum of $139 wasn't all that hard to swallow for the tool and one battery since I already own the system.
They are only new until you use them

I even got to toss about $5 in Ebay bucks at her, so in the end it was an even better deal 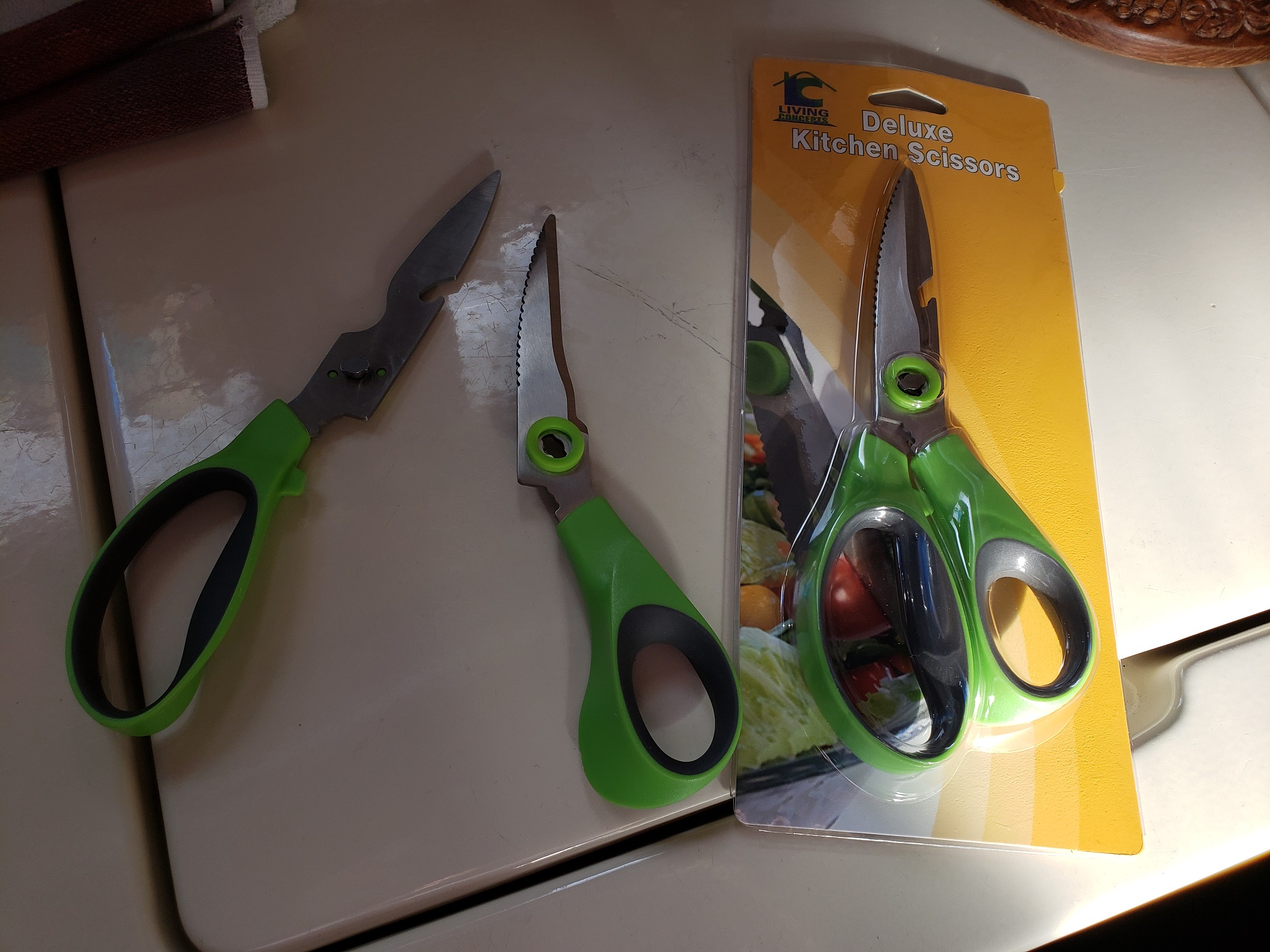 5 chocolate bars from one of those kids doing a fundraiser

Who wants to binge watch them all with me?

V.I.P Member
A Christmas card. I spent 40 minutes designing this card on a site, I think it turned out pretty good.

V.I.P Member
I treated myself for once lol
Hope these dresses aren’t considered too racy for here Because I want to post pics of me wearing them too!

The last dress does come in plus but the store didn’t have a pic of a model wearing it. 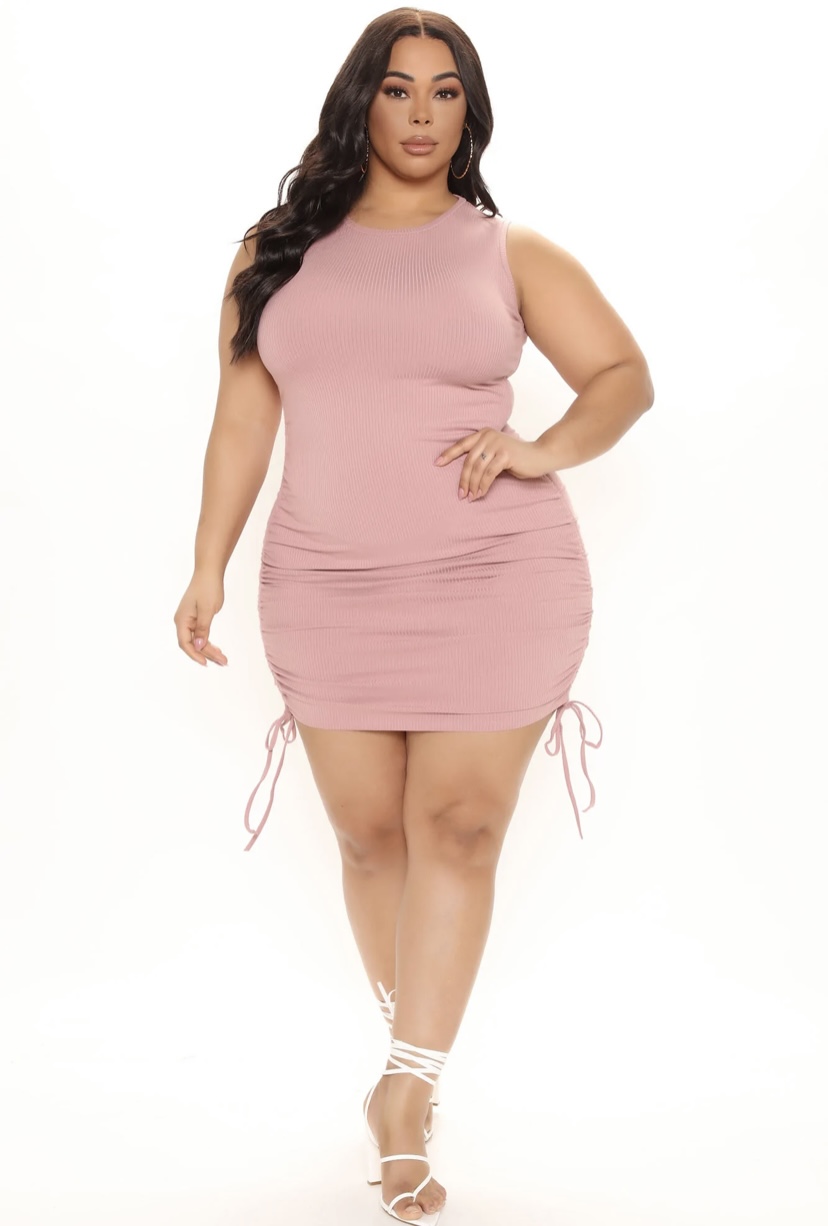 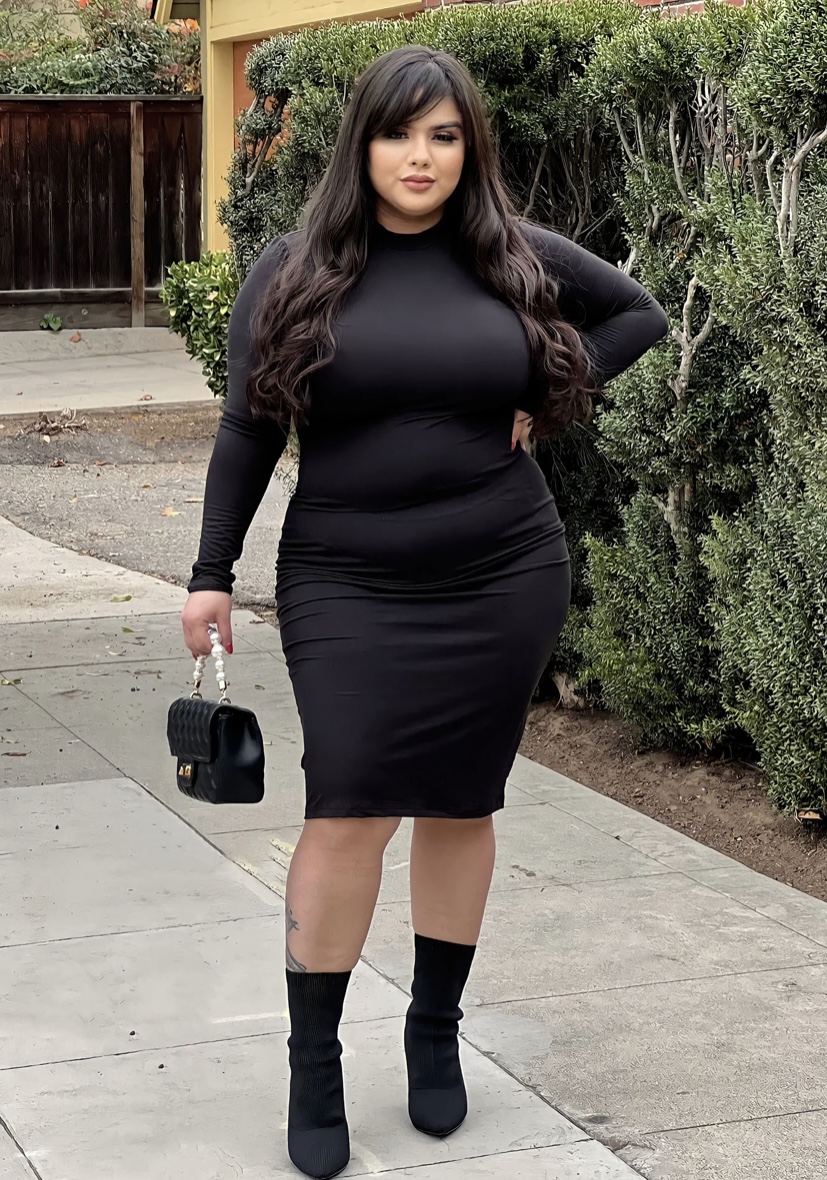 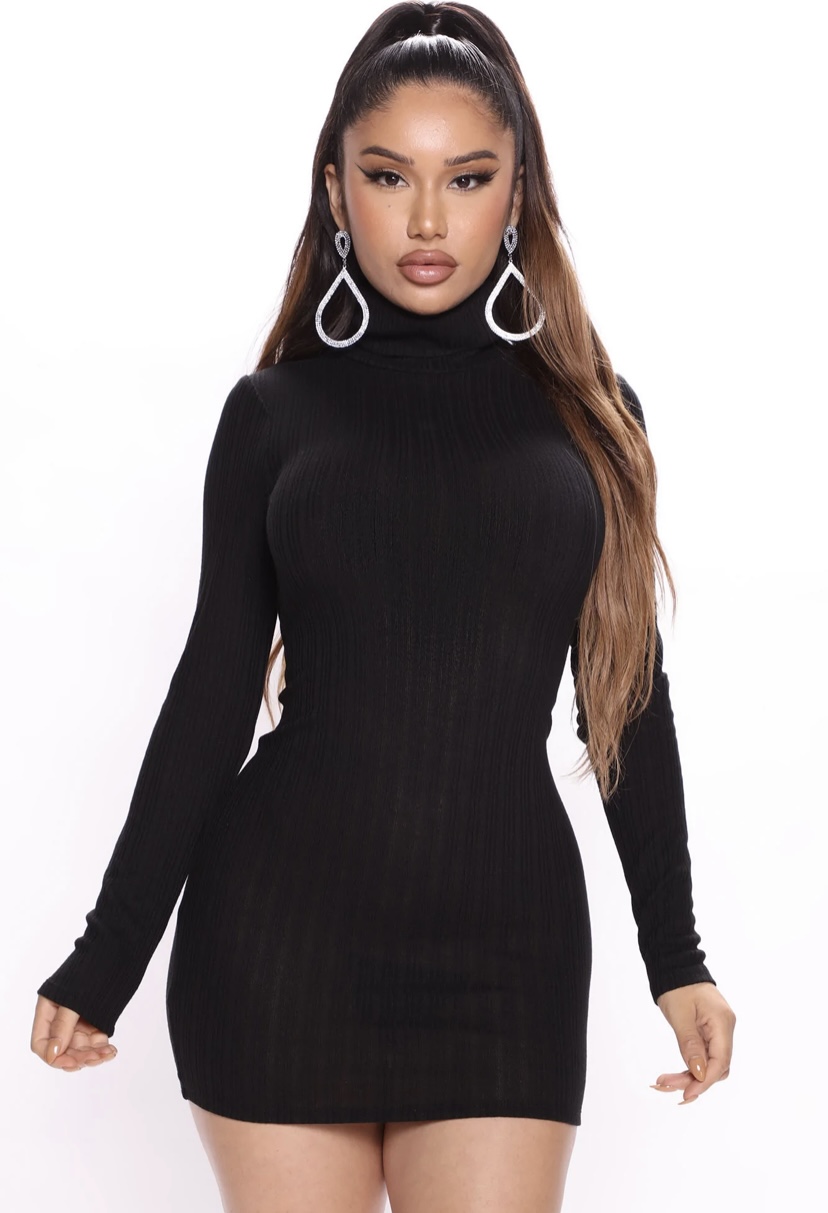 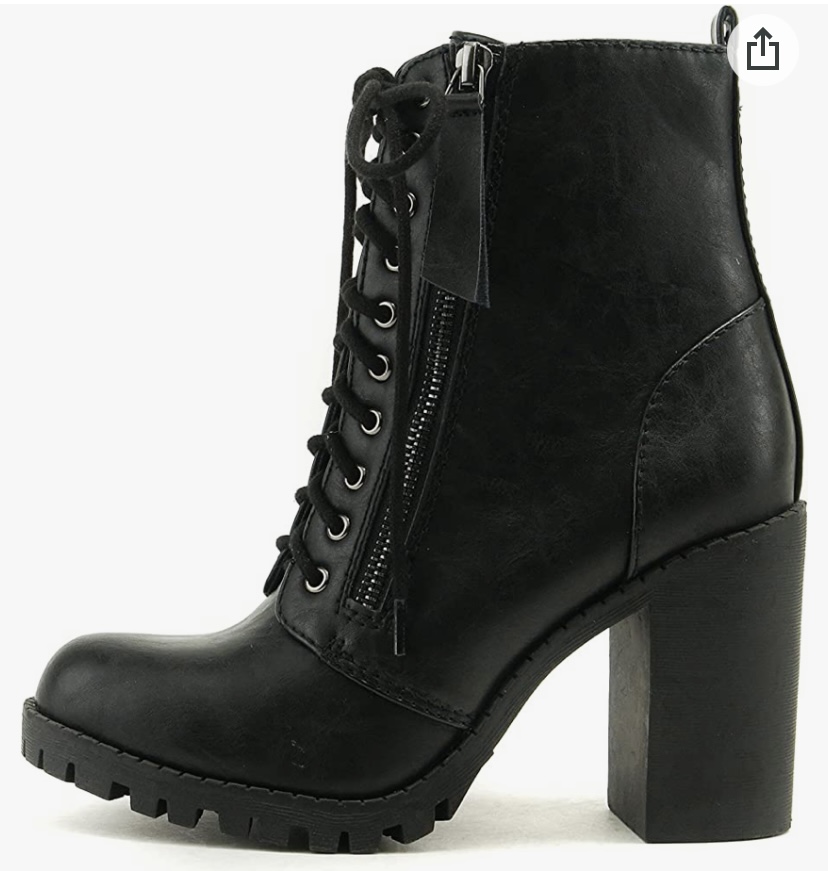 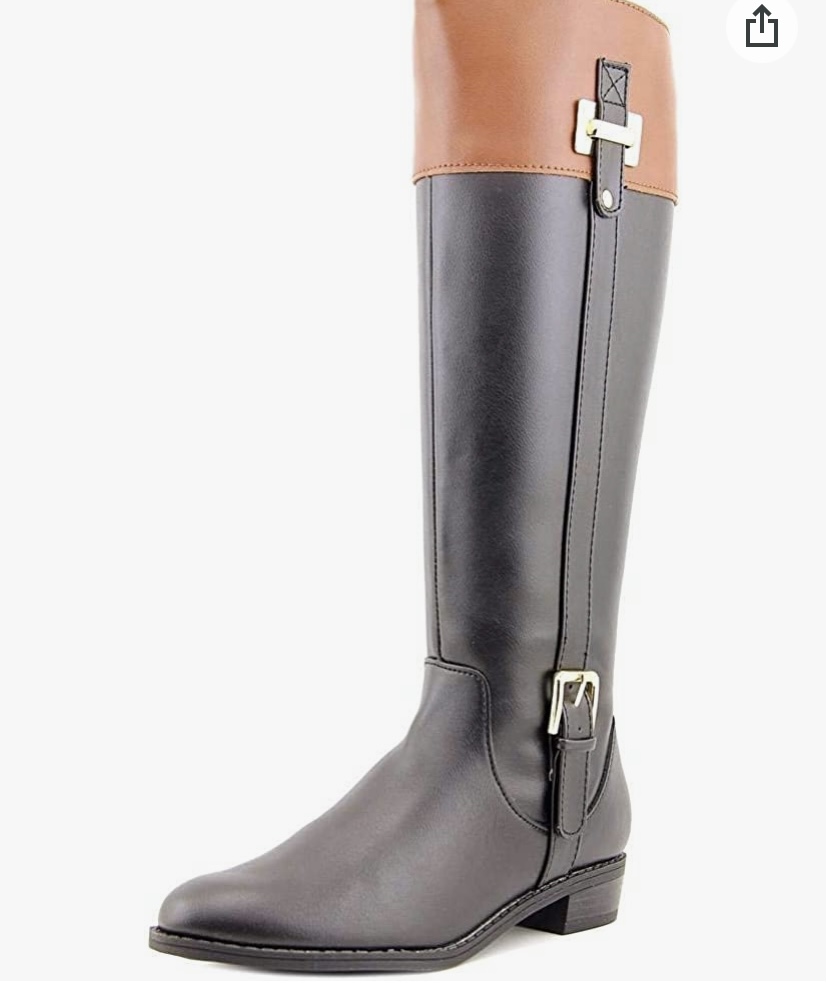 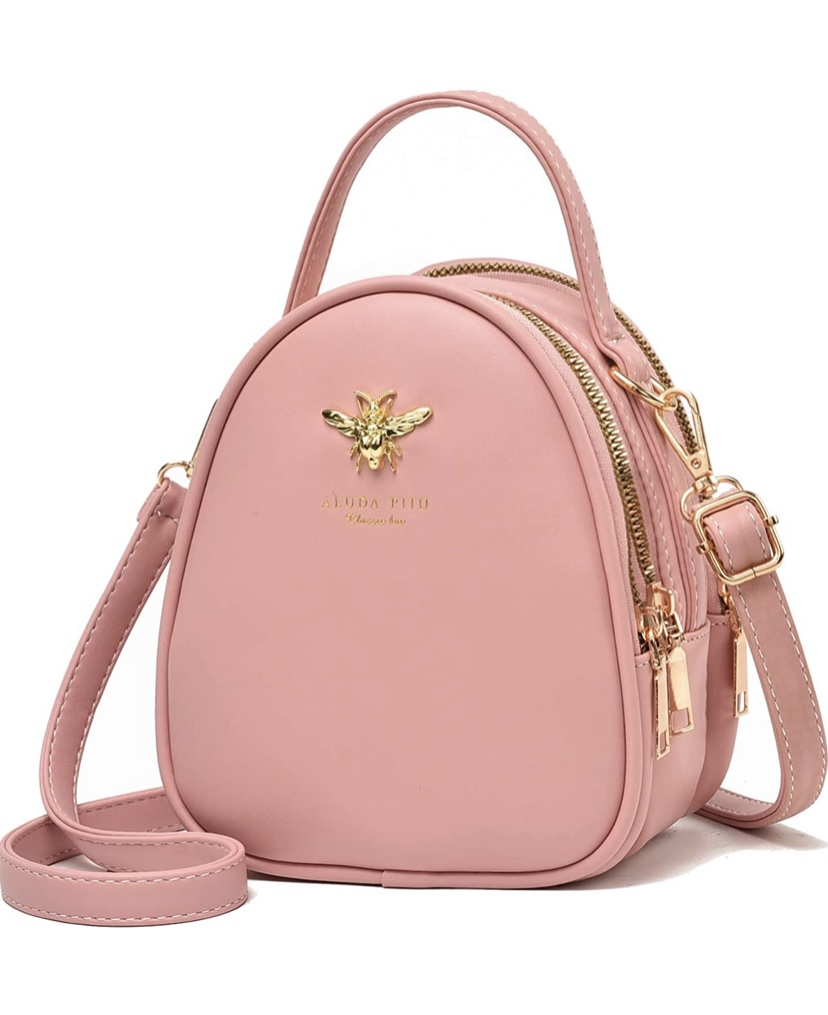 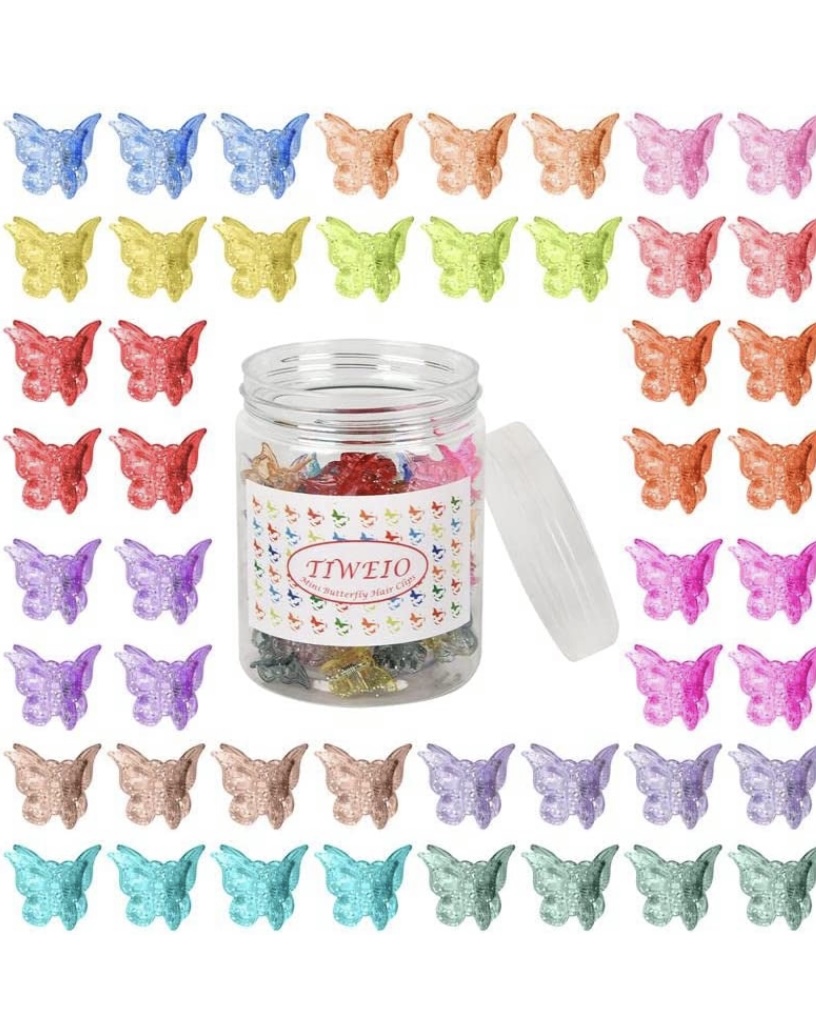 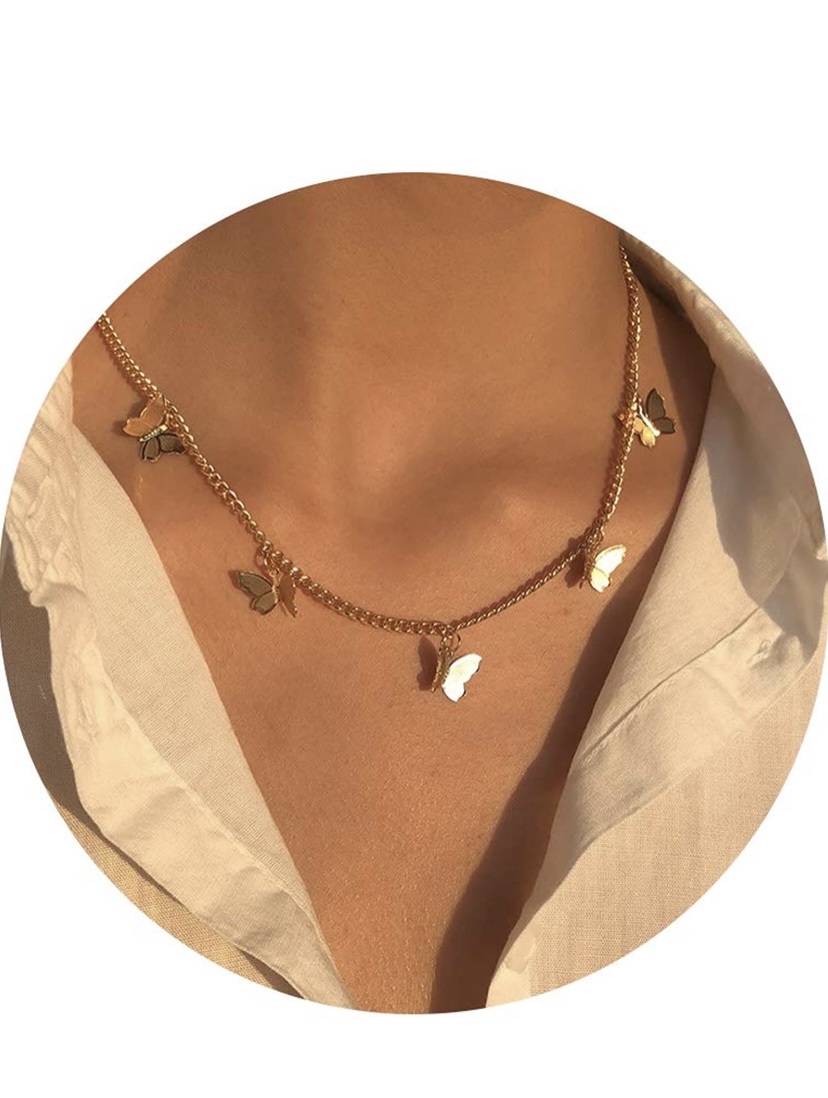 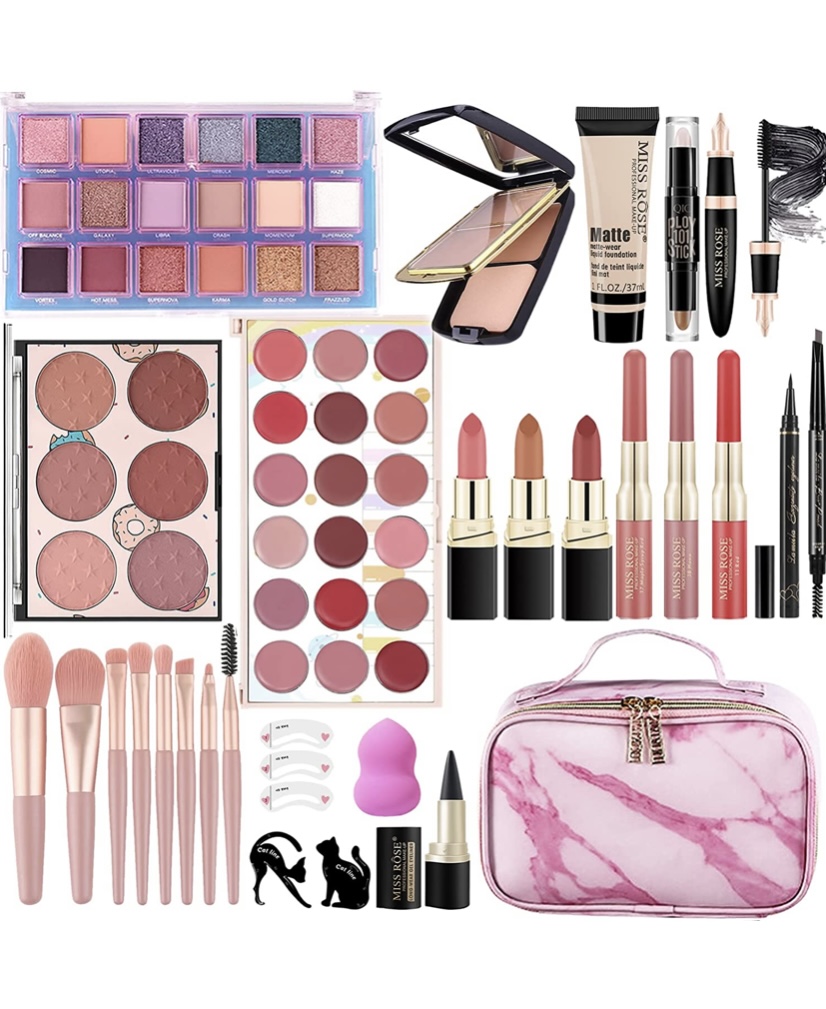