Most difficult one I've done. Art is hard.

V.I.P Member
Yeah, seriously, this is the biggest thing I've made yet. 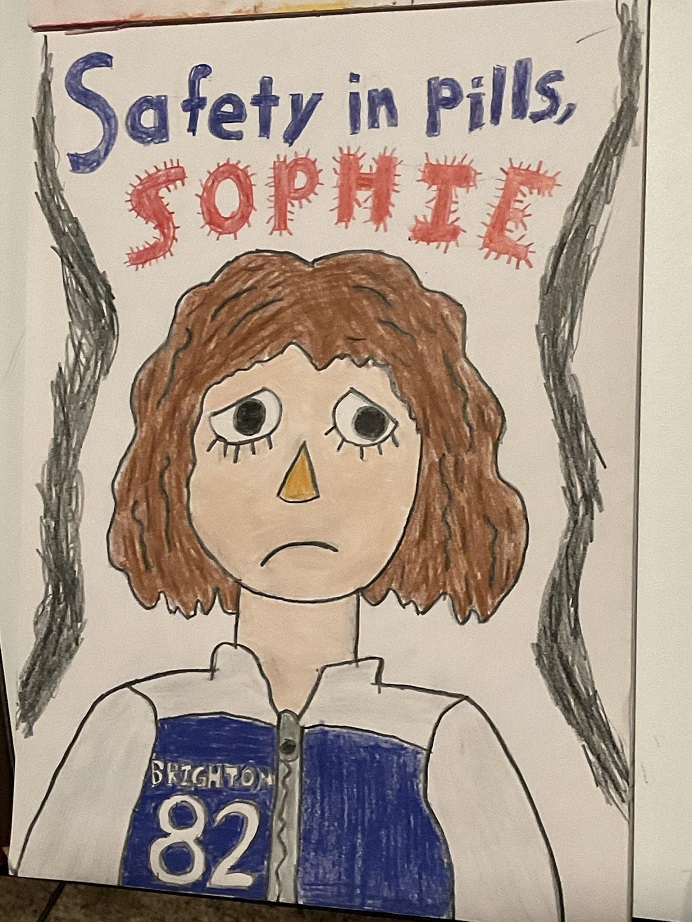 She is based on this character by artist Martin Walls: 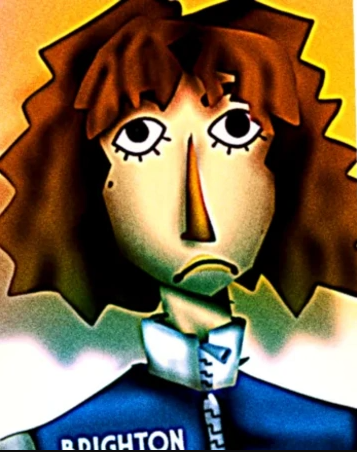 And yes I changed up the jacket a bit.

The main thing here was that I wanted to draw a character I liked, but I wanted to really put my own style on it. Looking at fan art for the character online, there's a bazillion different ways she's been drawn (with the nose usually being the main shared feature among different pics), so... yeah. About time I just really do it myself instead of trying to mimic someone else's style.

Also though this one's kinda special, so it deserved more time and effort. In my "coming out" thread I'd mentioned wanting to use the name Sophie, and this character, Sophie Walten, is where the name comes from.

She's from a horror series on Youtube called The Walten Files (think FNAF, but about 200x more brutal and disturbing), and Martin's unique, off-putting art style used in the series is one of the major inspirations for me to want to learn art in the first place. Seriously, the guy does some wild stuff and I swear he seems to have like 5 entirely seperate artstyles that he uses depending on what he's going for at the time.

Now, she's not the first of his characters that I've tried my hand at drawing, I also did this guy awhile back, the Pumpkin Rabbit: 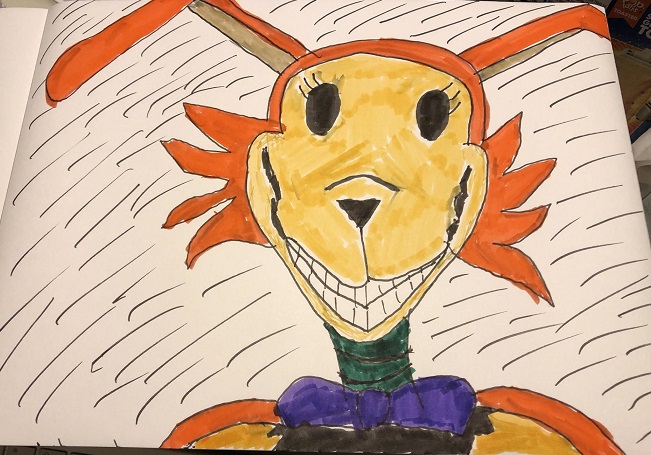 That one, I tried to perfectly mimic the character as he appeared in the specific video he's from. It's pretty much exact, and also much easier to do, which is usually the case for the "mimic" pictures. Also yes he's as psychotic as he looks.

The one thing that bugs me though is that I have no bloody idea how to do shading at all, particularly with colored pencils. No subtle shadows or anything like that. Granted there's a lot of art of Sophie that also dont use shading of that type, but still, I want to learn to do that.

Also the phrase "safety in pills, Sophie" is from a particularly memorable scene in the series. Sounds very odd out of context though.

On a side note, I cant imagine how anyone does this sort of thing professionally. My hand huuuuuuuuuuurts after doing that. It was very difficult. Doing the lettering on the jacket nearly drove me to madness, and lettering is like, my main thing.

Also I'd like to once again thank my precision eraser for this one, that's a lovely tool, cant imagine doing anything pencil-based without that now that I have it.

For now though, I dont want to so much as look at a pencil again for at least a week or so. Also seriously I should probably go take some Advil now.

V.I.P Member
Nice work. For a second I thought she was from Home Movies or something but I don't know what I was thinking

V.I.P Member
Interesting pictures, and you have definitely added your style and a different look to your picture of Sophie, whilst keeping the powerful emotional effect of the picture. She looks very sad in your picture.

V.I.P Member
Enjoy your interpretation of Sophie. When you added your own flourish, that made it more engaging for me. I also like the jacket and size of her body. Thanks for sharing this with us. It may inspire someone to try colored pencils.

Hand stretching for artists is no joke – gotta take care of those precious tools!

V.I.P Member
Pretty good. The rabbit does not look psycho to me. Definately not as disturbing as the rabbit in Donnie Darko.

V.I.P Member
I really like your version of the character Sophie Walten. One difference is yours uses more curves and rounding of the features and parts of the clothing, with less jagged, straight and sharp edges as the original. Your character thus seems more softer and less rigid, and more traditionally seen as feminine, based on outward appearance, whereas I could not tell by looks alone if the original character was supposed to be a male or female or mixed there, though one could unfairly assume based on the character name. So, I did notice the shoulders, hair, nose bottom and collar changes, to either subconsciously or consciously make the character appear more feminine and/or to just to relate more to your style, personality and/or desires there, though I do know that you can create edgy and sharp geometric shape pieces as well, which I do too when I doodle, which contrasts to my other art style.
Last edited: Aug 4, 2022
Z

My friend used to tell me he considered the day a good drawing session if he couldn't draw no more from the pain by the end. I imagine you build endurance.
You must log in or register to reply here.