V.I.P Member
@Nitro This can be yours, it could be for sale 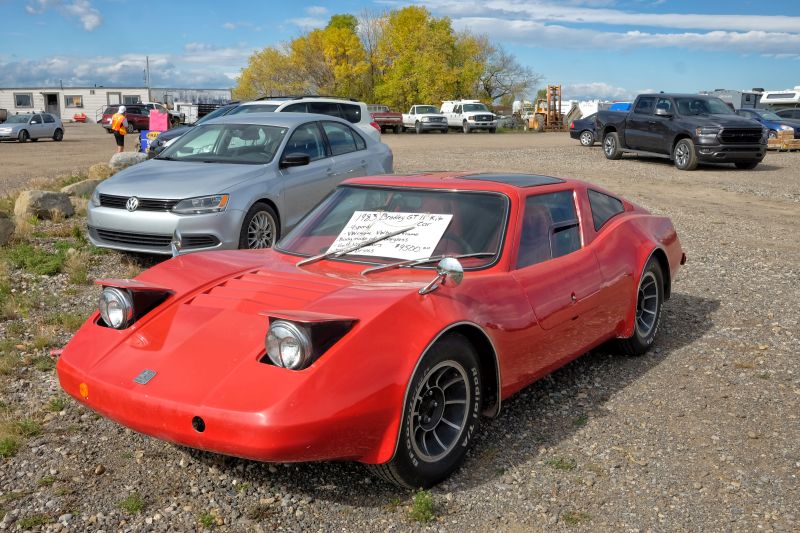 V.I.P Member
Back on topic, if it matters...

Here in Canada, I've been driving with a manual transmission for most of my driving since 1997 (except for three years), driving with a stick shift simply becomes second nature to me now... Frankly, I don't want a small car that is an automatic, I like having more control of the driving experience...

V.I.P Member
I still recall my cousin's 79 Honda Accord. It had the most obnoxious clutch I had ever depressed.

You push it down and it pushed back- hard! Quite a beast. Though in my experience this was an exception and not the rule. I sure had good luck with my 2000 Toyota Celica GTS clutch. Lasted as long as I had the car- 17 years.

I'm 21 and I've only recently started learning to drive. I've been driving in an automatic car, and I think if I had to use a manual I'd be doing a lot worse than I am now. I had difficulty at first with coordinating everything + paying attention and processing what's going on, but it's getting easier, especially as muscle memory kicks in and I don't have to pay as much attention to trying to coordinate what I want to do.

V.I.P Member
I had private instructor training at age 19 in an automatic transmission car.
Never tried a manual stick shift. Never want to.
Driving is necessary to get from point A to point B and that's all it means to me.
Still can't fully relax when driving, yet I have never been pulled over nor gotten
any type of traffic ticket and I've been driving for 46 years.

Judge said:
I still recall my cousin's 79 Honda Accord. It had the most obnoxious clutch I had ever depressed.

You push it down and it pushed back- hard! Quite a beast. Though in my experience this was an exception and not the rule. I sure had good luck with my 2000 Toyota Celica GTS clutch. Lasted as long as I had the car- 17 years.
Click to expand...

I used to run Borg & Beck six roller racing pressure plates in a lot of my streetmachines.
The street/strip versions only had three rollers, but I wanted nothing but the best I could buy.
The rollers were trapped between the curve on the clutch cover and ramps cast into the actual pressure plate.
As the engine was revved up, it tried to fling the rollers out of their grooves and the curve of the clutch cover served to help them apply even more pressure to the clutch lining than the coil springs could resulting in a tighter launch.
I believe the pedal pressure was up around 75 pounds which was extreme for by skinny little 135 pound frame when I was a pup.

When you tached it way up, the pedal pressure would increase.
It got to the point that when I rolled up to a light, I would clutch it into neutral so I didn't have to keep it depressed because when I did for an extended period of time, I had to stiff leg it to hold it and it would make trash my lower back then make my knee first shake, then buckle.

(I only physically blew up one clutch in my entire career in a '69 Camaro
Had an oops moment and paid the price)
Last edited: Aug 1, 2022

Sherlock77 said:
@Nitro This can be yours, it could be for sale

We still have the Bradley GT in our possession.
(go figure, I come from a long line of hoarders)
If I ever get around to it, I would like to tube chassis it and transplant a front drive supercharged Buick 3800 engine and transaxle into the rear of it to make it a Ferrari killer


So much to do, so little time...
You must log in or register to reply here.