Darkkin said:
Responsible pet ownership is having reasonable limits and realistic expectations with one's pets. People who do not set boundaries for their pets (e.g. free feeding, no excerise or routine, dogs allowed to roam wherever in more densely populated areas, etc...(If you have an acreage that is a bit different, especially if the dogs are working dogs, (talk about purpose and direction) are just as bad as negligent pet owners. That type of neglect can dramatically affect the health and mental well-being of the pet involved.
Click to expand...

Yes, exactly, thank you!
And all this is why I never recommend working breeds as pets.

BrokenBoy said:
It's hard because dogs keep barking at me and trying to chase me.
Click to expand...

They can feel your anxiety and distrust.

V.I.P Member
In all fairness, being honest about not ever wanting a pet is responsible and reasonable. 32% of US households have no pets for various reasons. Part of being a responsible person, knowing when something isn't right for you, especially if it impacts another life.

Darkkin said:
In all fairness, being honest about not ever wanting a pet is responsible and reasonable. 32% of US households have no pets for various reasons. Part of being a responsible person, knowing when something isn't right for you, especially if it impacts another life.
Click to expand...

Yeah, I am in no condition to be responsible for another life.

BrokenBoy said:
Yeah, I am in no condition to be responsible for another life.
Click to expand...

You're not yet in the condition. That you know that of yourself means you have more ability than you realize. Many NT don't understand that of themselves.

Speaking of animals. Alvin here basking next to my rain barrel. 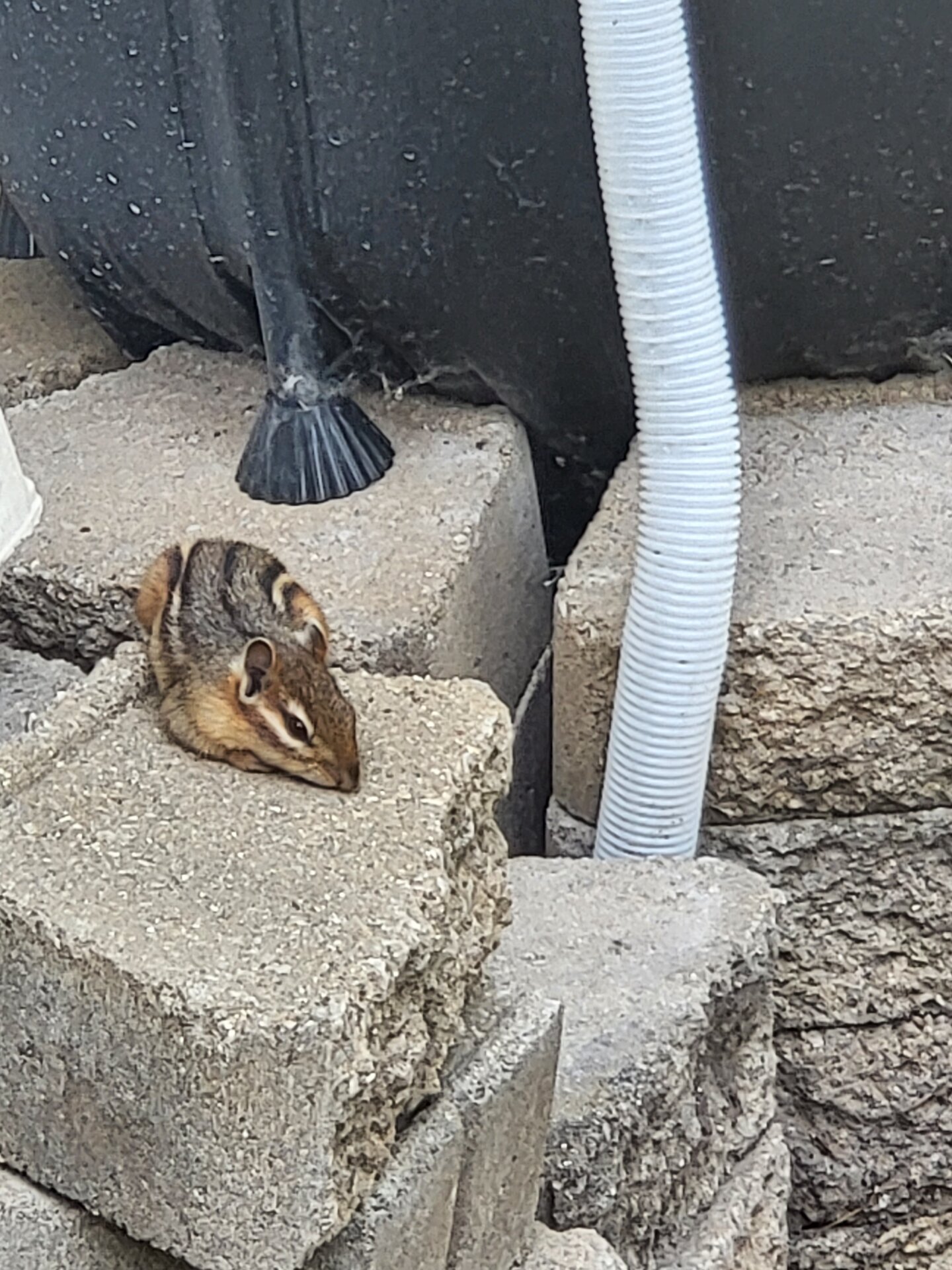 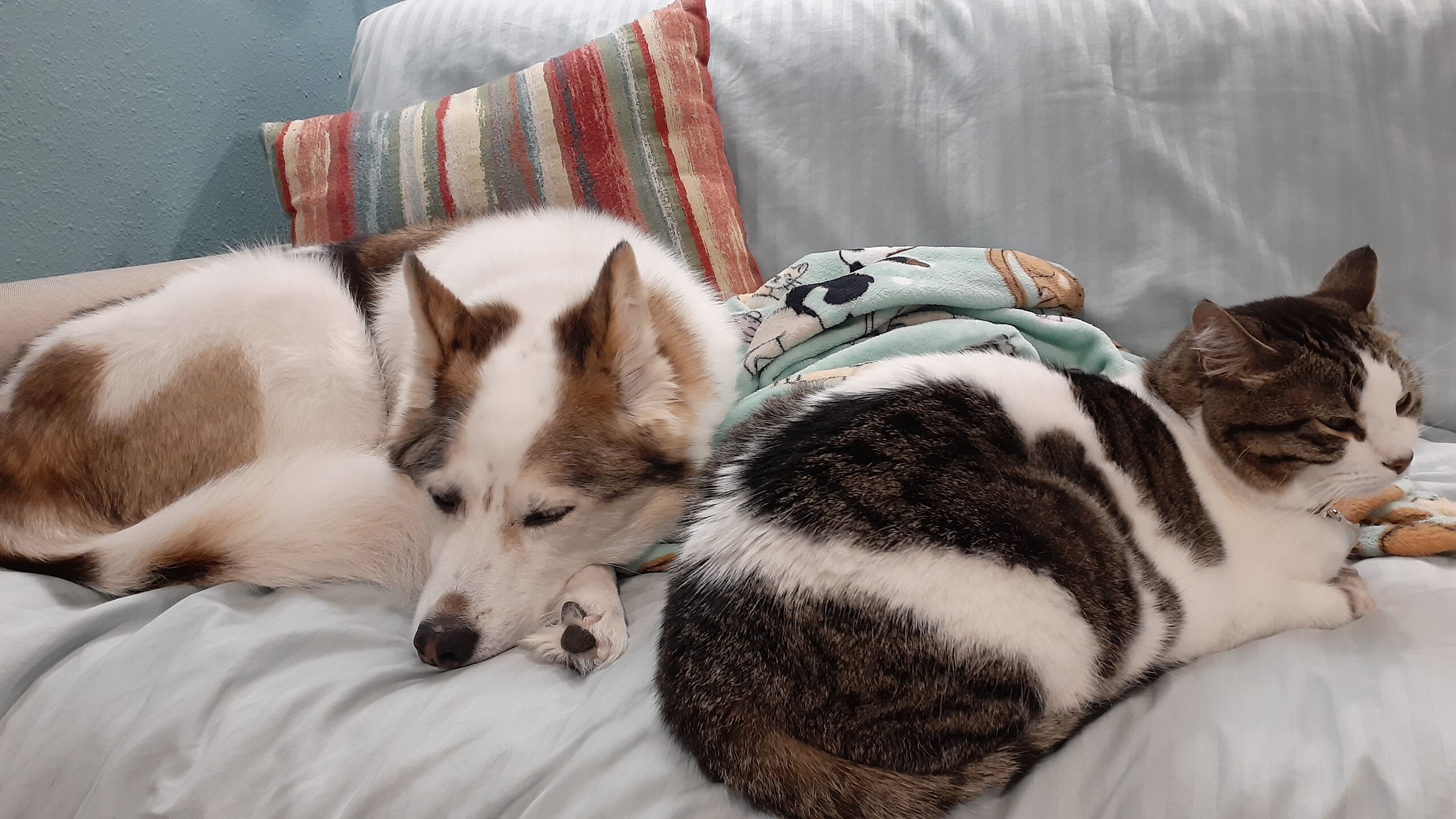 Rue Dog and Potato Cat after brushing and nails. Rue usually falls asleep on his back and Potato Cat gets paid two treats per foot, down from one treat per toes when he was learning the process.

BrokenBoy said:
Yeah, I am in no condition to be responsible for another life.
Click to expand...

Watch your own life improve. I see potential in you and so do other people if they look. Tell you what, even if you were to start with garden plants or something you might really see good in that. Houseplants are fascinating, and it does a body good to be around more living things.

I am absolutely not understanding about his posts in this thread and no, this kind of hatred towards, well, anything living is not okay.

V.I.P Member
You said you don't like animals. Did anything ever happen involving some type of animal of yours or someone else's.

So you hate bats, fish, lizards, sharks, and just every animal? Can you be more specific?

V.I.P Member
I mean, it's not normal, nor is it healthy, but it's possible for people to change. Sometimes people come up with mess for trolling; then other times the mess is a way to test ideas. I think OP's motivations are lacking, but everyone lacks something at one point or other. If we're not going to have disposable animals we better not have disposable humans either.

V.I.P Member
Someone says they hate animals that is their choice. (As harsh as it is to hear). The smart thing to do, believe them and take note of the opinion. Be wary with interactions. But like the difference between sociopathy and psychopathy there is a huge difference that rests in the choices of that individual.

Like autism being born without empathy is not a choice, it is pure chance. Being conscious of that lack of empathy, the awareness of an active apathy, while disconcerting to most people, speaks to a certain level of self awareness.

An active hatred of animals is not normal. To most, it is a very frightening aspect of an individual. But opinion does not equate proof of action. It is simply opinion, as triggering as it can be.

Aspychata said:
You said you don't like animals. Did anything ever happen involving some type of animal of yours or someone else's.

So you hate bats, fish, lizards, sharks, and just every animal? Can you be more specific?
Click to expand...

I just find them all to be uninteresting due to their inability to communicate in humanese.

V.I.P Member
Animals communicate in telepathic-enese. My cat knew when my toddler was sick, and sat by her. When our new kitten escaped, the same cat got our attention, and alerted us to the fact that the kitten had escaped out the front door. Animals try to show affection, loyalty and so on however, they use other ways of doing it. Granted they don't talk, but they still form bonds with humans. Many dogs and cats have alerted their owners to fires. Some have assisted when their elder owner falls down by bring a phone near their reach. Some dogs have brought rescue help to where their owner fell down. There are many stories of animal heroism. But you are entitled to your opinion of course.

Interesting thread. People are only really discussing pet animals, tamed etc here. A lot of animals i wouldn't treat with empathy. Id kill a crocodile or a tiger. That said i like dogs, but dogs die and emotionally i don't want to deal with that.
Last edited: Jul 1, 2022

BrokenBoy said:
I don't like jail food. I also assumed earlier that animal murders wouldn't get you sent to prison, not that I've done such a thing.
Click to expand...

The way you talk about animals, apathy, and the logic considerations you do about behavour-consecuence without factoring feelings, ethics or personal values seem very related to antisocial people.

Do you have antisocial traits?

V.I.P Member
I don't like them, I love them.

My immediate inclination is to feel sad that OP hasn’t been able to experience the healing positivity that a connection with an animal can bring a person who has trouble with their mind. He feels BROKEN - how many can relate there? OP, maybe a broken piece is not giving nonverbal life a chance?

For my part, I find the human touch unbearable, but I am able to get a solid dose of those hugging chemicals (oxytocin?) from contact with my dog. My dogs have brought me back from a dangerous dance with death more than once. For me, dogs are life.

Atrapa Almas said:
The way you talk about animals, apathy, and the logic considerations you do about behavour-consecuence without factoring feelings, ethics or personal values seem very related to antisocial people.

I do have ethics and personal values, they just differ from most people.

Think of it like travelling to a foreign land. There, the culture is different and people just value completely different things to you. What offends and makes them get on the moral high horse might seem petty to you.
You must log in or register to reply here.