But here it is: 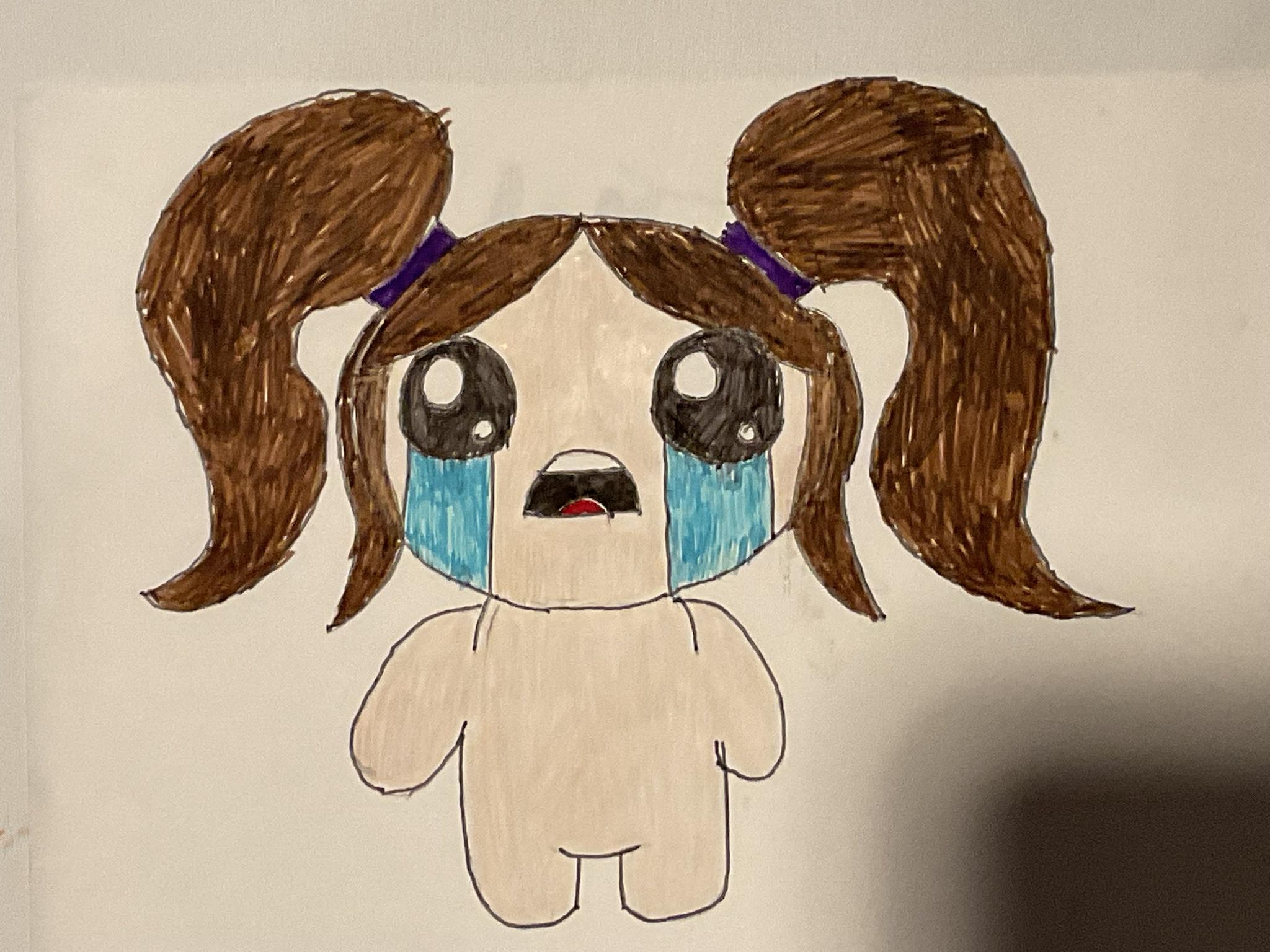 Which is based on this:

Her name is Bethany. She is from The Binding of Isaac, AKA my favorite game of all time and also the one that gave me the inspiration and knowledge needed to finally do real game development awhile ago.

After reading some of the responses in my other thread, I figured there were a couple of things I needed to do:

Find an artist / artstyle that I wanted to emulate. The artist as well as the designer of Isaac and everything in it is Edmund McMillen, someone I really look up to and who is the main inspiration for me wanting to draw anything in the first place. I dont know why I didnt just try his style before.

Then, after all of that, get a reference image, but not one that I could just directly copy line by line. This one works perfectly because it's a blocky pixelated in-game sprite. I cant just 1 for 1 that. I had to actually, really do it myself, and allow changes to be made as I saw fit (primarily the hair). Previously I'd been drawing characters by looking at a full drawing someone else made and copying it *exactly* with no changes (and I dont like doing that).

Next step, change the way I handle lines/curves. Previously what I did with the character "sketch replicas" that I've shown elsewhere was to handle curves and straight lines by doing lots of tiny little individual movements with a pencil. Why? Because I couldnt draw lines or flowing curves. Turns out this is because I was trying to do it purely with wrist movements. I'm pretty sure someone in the other thread mentioned using full arm movements, and that's what finally made this work. It was all large, smooth, flowing movements instead of aggravating tiny dashes, I was super pleased with this.

Also I drew the main outline in light pencil BEFORE then using a solid marker on it (very, very slowly).

Next step, lots of angry words I cant repeat here as I realize that the ONE color missing from my giant brush marker set is a light neutral skin tone. Seriously, it has EVERY other color in many shades. But not that one. I wanted to do the entire thing in marker (since it's on marker paper and markers are what I am most familiar with), so the skin coloring had to be done in colored pencil.

And then the final step was to just about go totally mad trying to color it all in. My markers are brush pens (double tipped, fortunately) which arent actually meant for coloring anything in, they're very specifically meant for lettering (the primary focus for me, as art goes, and the thing I know how to do best). Trying to color anything in with the brush part looks all streaky and weird, so... mega-thin tip it is. At least this gave the hair texture.


I wanted to add more to the scene beyond just that... specifically the blue wisps that are usually orbiting around her... but you know what, I can add that part later.

So there. That's that. Freaking finally.

I want to thank everyone who left ideas and encouraging words in my previous topic.

I also want to thank the high quality tools I have. Particularly the precision eraser and the big gum eraser, no way I could have pulled this off without those two things. And cheap stuff wouldnt have done it.

Awesome! And congratulations, I hope you can see now that much of drawing lies in unlocking knowledge. If you really wanna get his style going get ready to use those thick black outlines, they drive it home.

V.I.P Member
I definitely appreciate the hair texture, well done. That’s awesome that you used everybody’s advice, and hopefully you enjoyed the process and surely it sounds like you enjoy the result (as you should). Yeah, art is awesome.

V.I.P Member
Good match, however l like the pigtails you drew!!

V.I.P Member
Nice, and expanding on the look, too. Good going.

V.I.P Member
This is awesome! Having a reference helps so much when you're doing traditional art, I've always noticed I can't get anything even remotely right when I go in blind. When I saw that pixel art I knew exactly what this was from, too!

Hope you make more! Keep at it

V.I.P Member
It's great! You're inspiring me!

Rodafina said:
I definitely appreciate the hair texture, well done. That’s awesome that you used everybody’s advice, and hopefully you enjoyed the process and surely it sounds like you enjoy the result (as you should). Yeah, art is awesome.
Click to expand...

The hair texture was accidental actually. Basically the result of me trying to use a super thin marker to color something in, which is probably not the right tool (I need to get some thicker ones, probably?). Also I dont know how to get uniform color with markers.

Art tools are confusing, I say.

Absolutely! And they can make a huge difference in your work. I find it frustrating that we routinely give children very cheap and difficult to use art supplies when they are young. Quality supplies can really change the game. Would you care to share what markers you’re using? Alcohol markers have an amazing blendability that can give you that uniformity if you work at it. Copics are the well-known and very expensive ones, but you can get knock offs from a place like Ohuhu or other places where they are actually pretty great. Also for color pencils, I would always be using these: 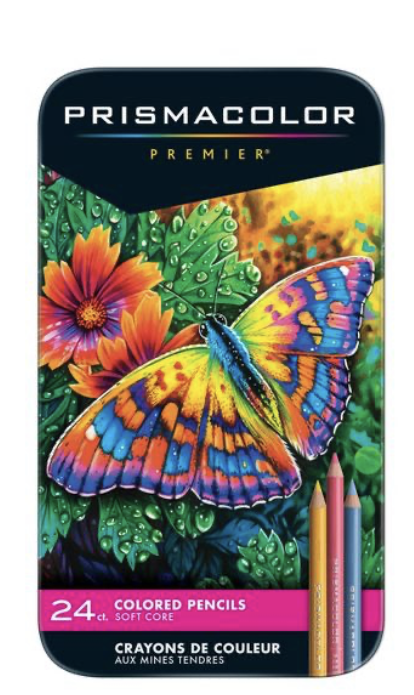 And here are the knock off alcohol markers 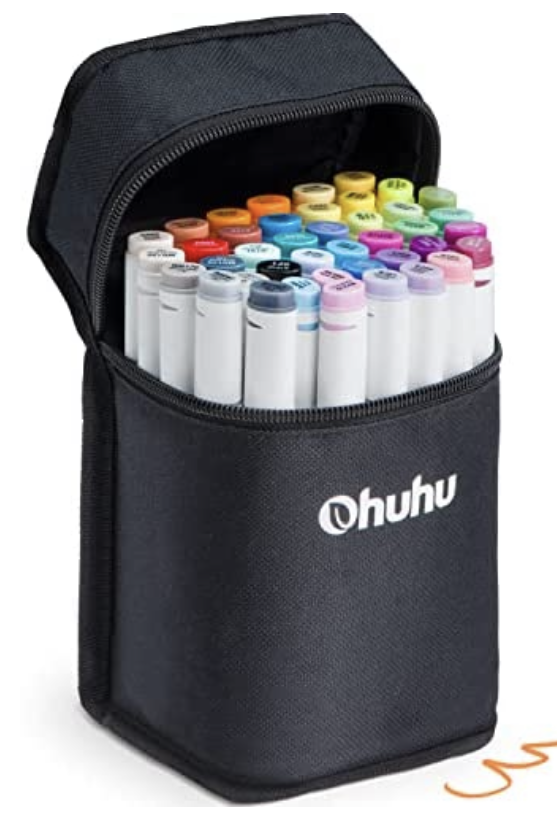 I am still seeing with a psychological aspect when I view your drawings.
The symmetry.
It is an aspect of your personality showing through your work.

Rodafina said:
Absolutely! And they can make a huge difference in your work. I find it frustrating that we routinely give children very cheap and difficult to use art supplies when they are young. Quality supplies can really change the game. Would you care to share what markers you’re using?
Click to expand...

For markers, these are the various sorts that I currently have: 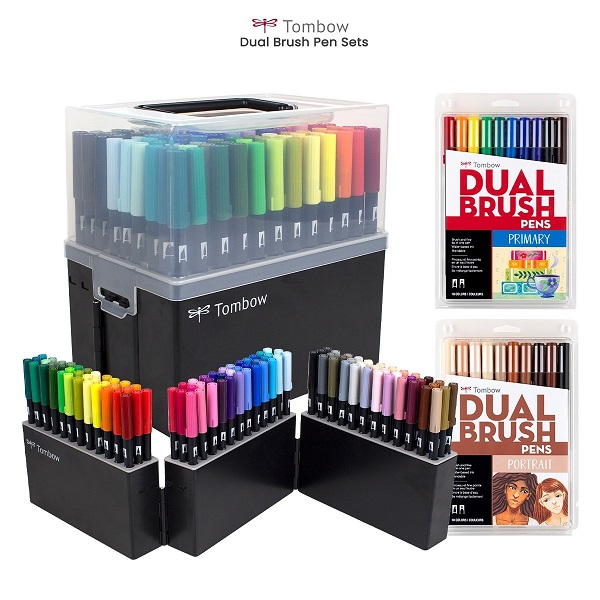 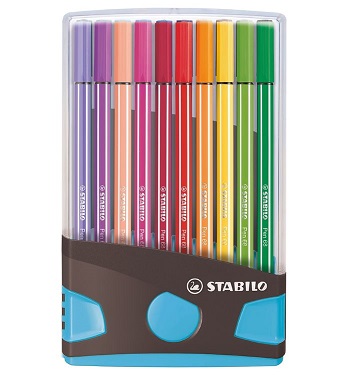 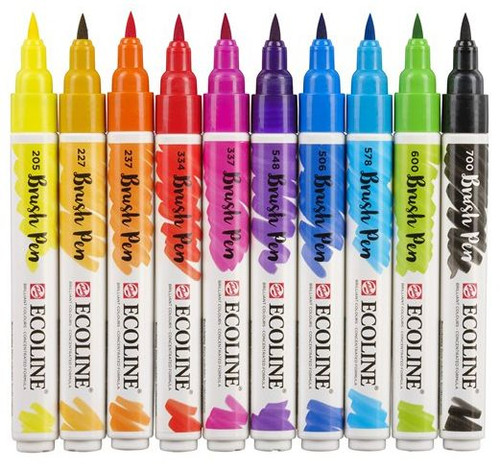 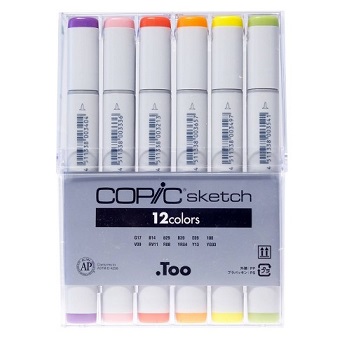 The Tombow set is the one I've used the most (I've got the big case and everything). They're very nice, dual tipped, but if you dont put the cap on ABSOLUTELY PERFECTLY EVERY TIME PERFECT YES they are ruined by the next day, so that's important to keep in mind with them (as it is, I yesterday realized that two of them need to be replaced because of that). Most of my lettering stuff is done with these.

That second image, those are what I used in the picture above (except for the outline, I did that with the small end of one of the Tombow markers).

The third one, I only just very recently got those, and the fourth, I only have a couple of them.

I subscribed to this "Paletteful packs" thing awhile back, so every month I get this big green box of who knows what sorts of art supplies, never know what's going to be in it. A ton of the stuff I have (except the Tombows and the colored pencil set) actually came from those boxes. Sometimes you get a full set (like with that second pic) or other times they might pick and choose and mix specific parts to fit a theme (is why I only have 4 of the last type, they came in a big mixed group). Also I now have more paper than I could ever conceivably need.

Also there are a couple of other things I have that are sorta marker-ish. Like the Posca acrylic things. I have no idea if those count as markers or not. They came in a box along with this jet-black paper, and that makes some darned neat effects when used together.

As for colored pencils, the brand you showed is indeed what I've been using, got me the 72 count set awhile back.

I am still seeing with a psychological aspect when I view your drawings.
The symmetry.
It is an aspect of your personality showing through your work.
Click to expand...

Yes, I dont know why I keep doing that. It's not intentional.

Even with the fractal stuff... If the process doesnt already produce something symmetrical I'll often take the resulting image and alter it using a kaleidoscopic program to force it. I do not know why.

V.I.P Member
yes, these are the ticket right here – superior supplies for sure. The only problem is they are quite the investment. Hence, the knock offs for me. The Ohuhu set of alcohol markers are much like the Copics, except they are not refillable, and probably slightly lesser quality, but superior blending nevertheless, and far cheaper.

A surprise box of art supplies arriving once a month sounds totally inspiring. I hope you’re having fun with it!