V.I.P Member
I'm in my house, or at least one that LOOKS like my house, and as far as I know, my whole family is here with me, mom, Maddog, Sophia etc. But for some reason, everything we have in the house is transformed into its 1930s counterparts; eg. we have a round black and white TV instead of our WebOS smartTV, Sophia has dolls and a sewing kit, etc.

One notable difference I recognize immediately is that in my room there is a vinyl record player, which I thought was odd because I don't think vinyl record players were around during that time (read: I'm not good at history, so I could be wrong.)

When I got closer to the record player I saw that there was a record under the needle already, except that the whole machine looked like it was damaged beyond repair, as if somebody attacked it and destroyed it with a weapon of some kind. The record itself was unraveled into long black strips, the needle looked like it had exploded, save for the part that holds the record down, and all that remained of the speaker was just a hollow dome of metal.

For some reason I decided to turn it on... and that's when things got dark. Dark, and very weird.

Despite being unplayable from its damage, the record still played, and it played to what I could only assume was a recording from an old black-and-white movie I had never seen before, or maybe it didn't exist. How I knew it was from a vintage movie, and what it was called -- something along the lines of "Catch The Rain With A Bowl of Glass" -- I had no clue, but there was this exchange from the speaker, which despite being severely damaged, still sounded mint condition:

"We shall meet in the place where there is no darkness."
"What kind of place are you talking about, Sir?"
"(there is the sound of something being forced out of a package) This place."
"(silence for a moment... then a gasp) No! Not there!"
"Cry all you want. What's done is done."
"You can't be serious, you have to be joking! This won't do, it just won't! I deny this! I will not accept this as fate!"
"(the other voice laughs loudly and thunderously, loud enough to hurt my ears) YOU SPINELESS WORM. THINK YOU CAN BEND TIME AND FATE TO YOUR WILL? YOU THINK YOU CAN PULL AND GRAB AT LIFE LIKE IT'S CLAY, AND SHAPE IT TO WHAT YOU WANT IT TO BE? YOU FORGET YOUR PLACE ON THIS UNFORGIVING, HATEFUL SPINNING GLOBE OF MADNESS. YOU ARE NOT A GOD. YOU ARE EVERYTHING LESS THAN WHAT GOD CAN BE. YOU ARE BUT AN ANT CRAWLING AMONG HIS SOIL. IN REGARDS TO THE RIGHT HAND OF GOD, YOU ARE POWERLESS."
(There is the sound of violent screams of pain, glass breaking, and...fire...)

When the sound of fire plays from the record player, the machine starts sparking and backfiring, and eventually a small fire starts. It spreads very quickly. I call Maddog in to help me snuff it out, and he already has a bucket of water. He douses the fire, but then another one starts somewhere else in the room, too far away from the machine to be caused by it. I put that one out, and yet ANOTHER one starts somewhere else. I run around the room panicking trying to keep all these strange, random fires under control, until eventually Maddog comes back and tells me the entire house is out of water. "WHAT DO YOU MEAN THE ENTIRE HOUSE IS OUT OF WATER?!" I scream in panic, to which he tells me not only are there no more sources of water anywhere in the house, but not even the PLUMBING has any.

Within seconds, my room burns down...

V.I.P Member
Wow. Pretty vivid! My dreams are pretty sketchy and fuzzy for the most part. Although when I was a kid I would have these "night terror" sort of experiences,...like I swear I was awake and alert, then hear people talking, see people, hear sounds,...very real. As I got older, teens -20's, I would have other "flashes" of events, then later experience them in real life,...beyond dejavou,...like premonitions,...but were totally random, benign things. I only had one of these premonitions that I was actually able to act upon.

V.I.P Member
@Neonatal RRT Seems like you and I are alike. It's comforting to know that I'm not the only one with such.... what's the word I'm looking for... Strokes of chance, maybe?

I don't think I'm an ordinary human being. Dare I ask that I'm not even human to begin with?

V.I.P Member
I have very vivid and clear dreams.
A lot of mine are of being in a room that looks almost identical to my bedroom,
but not exactly.
My parents are always there with me and I look around or go into other parts of
the house and find it is in ruins, it is large like a mansion with very little furniture.

Sometimes I dream I wake up and feel drugged, barely able to open my eyes.
I am still asleep. It is a scary feeling. Eventually I actually wake up to reality.
That's a scary feeling too.
A dream within a dream.
I never had this dream before my parents died.

On some other thread, I wrote about this dream, and I know what it means to my
subconscious.
The house represents my life. It was large and full while my parents were still
alive. Now my life is empty and in ruins, just like the house in the dreams.
My parents are there, because I want them to still be in my life.

Once the dream involved an old record player also.
I walked into a big room with all white walls and a wood floor.
There was one wood table in the middle with the record player on it
playing a black vinyl record.
I walked towards it and heard the song "I Can't Stop Loving You" being played.
I just stood looking at it. 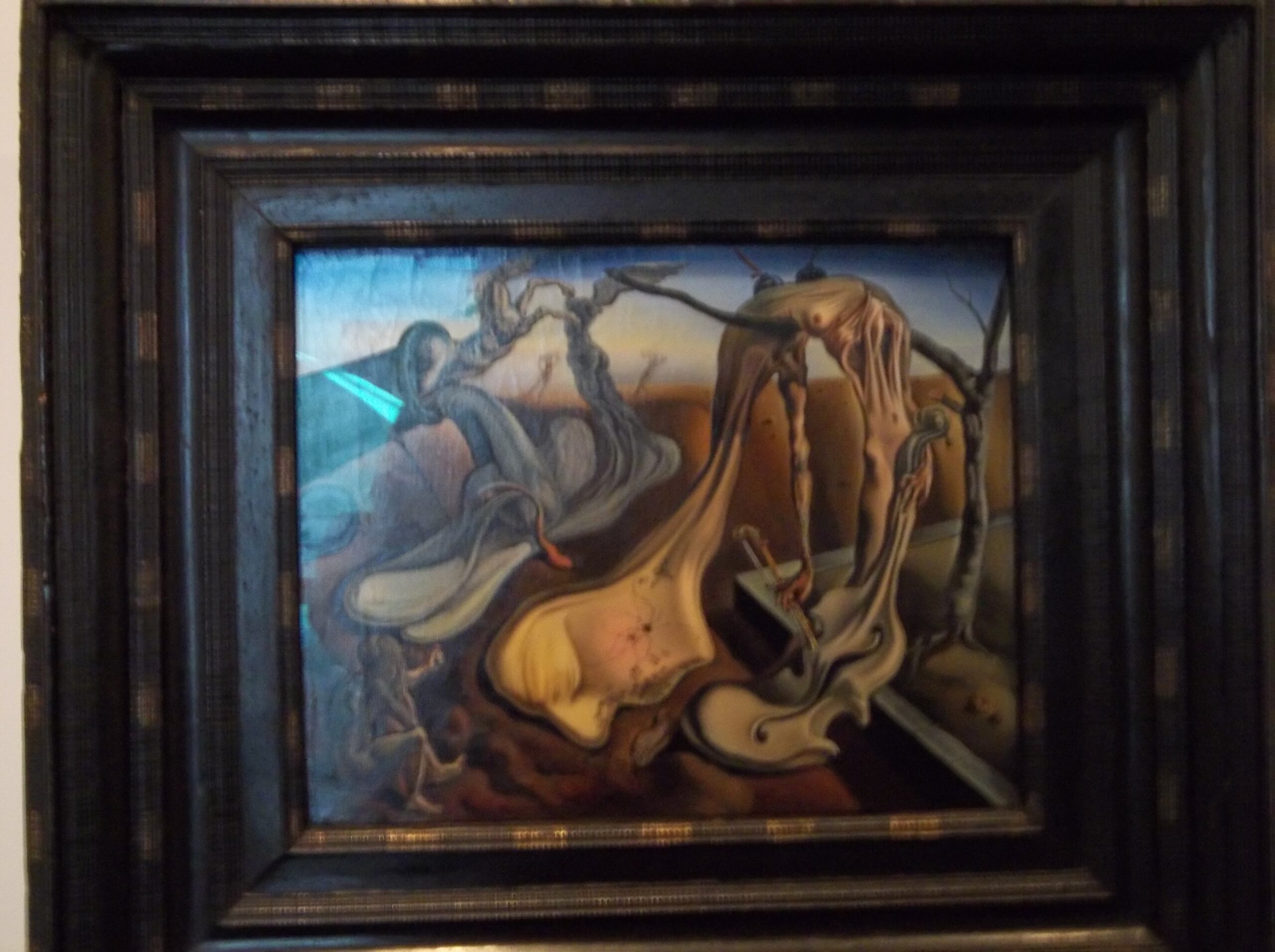