What video game are you currently playing?

im currently playing, or was in the process before I got sick, Assassin Creed Origins. I adore the Egypt that the devs created. And the history details they’ve included in, is just wonderful to experience. Whilst it’s obviously not entirely accurate, I hold the view point that anyone consumes any form of history be it a game, book and film is learning from history.

They're red can duck?

Barely any, mostly stopped over half a year ago.

Pokemon fire red during classes and sometimes breaks on my calculator

Cities skylines, I believe many would know

Its weird because I recently bought numerous games but I only stick to one.
Iv said I need to reduce my practice of video games but I think it's something I can't totally stop.
So I deleted everyting related to online gaming and mmo.

At the moment I play DOOM ( the 2016 version), I love the visuals the musics and the gameplay is fine I just had a hard time getting used to the fact that you don't feel the weight of the character ( it's intended to be closer to the original gameplay wise, pretty interesting.)

And what I like about it is that I can play short sessions.

Playing a lot of The Long Dark on PC atm. I'm a little obsessed with it. Keep watching videos about it and what not when I am not playing it.

V.I.P Member
An FPS game on Roblox called Phantom Forces. It's basically Battlefield in Roblox. I do play some other games on Roblox (which are also mostly shooters), but mostly PF. It's very fun. I'm currently rank 77 by the time I am writing this post, and I'll rank up to rank 78 by this evening or tomorrow.

Otenba said:
Playing a lot of The Long Dark on PC atm. I'm a little obsessed with it. Keep watching videos about it and what not when I am not playing it.
Click to expand...

I have that as well, need to play it more; is rather mesmerizing at times

How long can you hold your breath?

V.I.P Member
I am currently playing Legend of Zelda-skyward sword for the Wii. And the only reason I'm playing that is because I'm a Zelda fan and I just picked-up a Wii at a garage sale for $10. This is the first time I've played a video game in over 7 years.

Wow, I've never heard of any of these lol!
I just play LoveLive! School Idol Festival on my phone.. But that's the only video game I've played since I was about twelve lol.
Back then it was always shooting and slashing, with preferably some elements of puzzling; but I don't find those things attractive anymore. Now I like music and a colourful and pretty aesthetic. I was hoping that playing LLSIF would help me improve my sense of rhythm.
(I'm not this good)

I want to get BanG Dream! Girls Band Party to play over Christmas but my Sony phone won't recover any memory even when i delete loads of stuff like most of my pictures and half my Soundcloud play list.. very annoying. I wonder if I can buy a second phone and just swap my SIM into it and download BDGBP on that phone, then only use my SIM in that phone when I want to play BDGBP, would that work?
Last edited: Dec 6, 2018

I play CounterStrike: Global Offensive every night. On weekends I also play NullPoMino, and I recently got American Truck Simulator, which is actually pretty enjoyable. 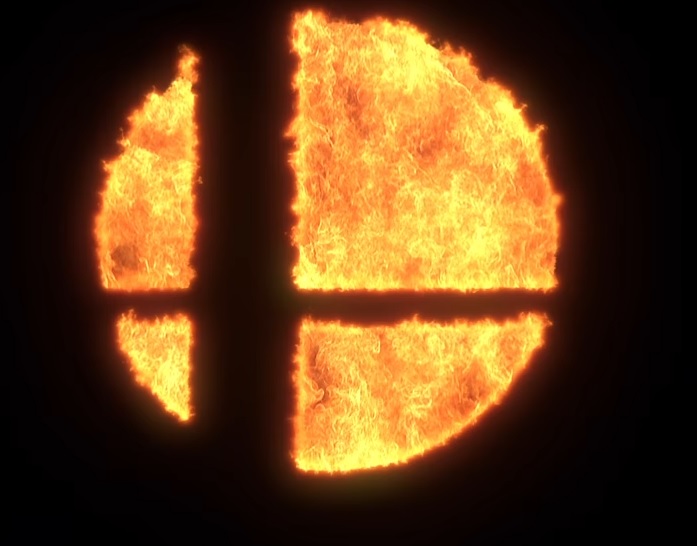 This is bloody amazing so far. Though the REALLY odd part is that there's only 8 characters available when you start... hoboy it's going to take awhile to unlock everyone, isnt it.


On a side note, apparently Joker from Persona 5 is confirmed as one of the DLC characters (wont be available for a month or two yet). No, seriously.

I just... I... what? How? Why? It makes just as much sense as Cloud Strife getting into the game (and if you havent played Smash in awhile, Cloud was added in later DLC for Smash 4. No, I dont know why. Like everyone else, he's in this one too).

Right now I'm mostly just wanting to unlock the many new characters. Particularly King K.Rool, who was the character I voted for in the Smash Ballot back when that was happening. And I swear he always looked like he had 20 cups of coffee before each of the games he appeared in, way back when. This time he looks even MORE caffeinated.

I also like that they brought back that whole thing with the Amiibos again. That was a very bizarre experimental concept in the previous game, but people ended up really liking it. There's just something extra hilarious about watching your own specific trained Amiibo character beat down one trained by your friend.

I havent tried online play yet. I aint touching that for awhile, probably. So much to learn and also I'd bet their servers are on fire right now...

They've added alot of really interesting mechanics to the game... it seems like they looked carefully at all of the older games, and what people liked and didnt like about them, and then went from there.

Also, Ridley. About bloody time. I'll say though it doesnt get much more bizarre than Ridley (who looks as brutal and monstrous as he ever has) VS Pac-man in an 8-bit level while Solid Snake fires a remote missile at both of them or something.

Some bloody odd additions for characters, too. I mean, someone like Simon Belmont makes sense, he's a warrior by trade, but then there's Isabelle... I just... what. Granted Villager never quite made sense either, but there he is...

V.I.P Member
I recently bought Red Dead Redemption 2 on Xbox, but I haven't completed the first mission yet, been too busy with offline life (yes, I do actually have one).

V.I.P Member
So, a bit more time with Smash. I gotta say: they really upped the challenge here from previous games (for singleplayer). With my skill in fighting games being what it is... really bloody high... I tend to find that most fighting games dont have very good singleplayer modes because the AI can only go so far (and then past that point, it has to cheat a bit). Smash though... it doesnt need that. Since it's a totally different formula, it can use much more creative solutions for creating a challenge.

Like, playing the World of Light mode, I got to one fight that had a special setup. You fight 4 clones of Mario (and there's no friendly fire, so they cant hit each other) on a mid-sized level. But, there's wind every now and then. It constantly shoves you in one direction for awhile, and that creates alot of problems. On top of that, another special condition is that your opponents take way more damage & launch further if you hit them with thrown items... but since there's 4 of them, it's hard to grab the bloody things before they do. And the only item that shows up is the weird baseball thing. It was one heck of a challenge!

Or you can just go make your own difficult situations if you want. I love that too.

After a few hours I've unlocked a number of characters (including the Inkling girl, one I was looking forward to alot) but there's still about a zillion left to get. And then even more "Spirits" (replacing trophies from the old games, and they do some other stuff) to collect... there's about 1200 of those, apparently. And some damn silly number of stages. And then a soundtrack of 800 songs. Eight. Hundred. Songs. And you can customize the songs that play while in-game, too.

Honestly, I'm stunned. It's like this game was specifically designed to be the most gigantic middle finger possible to the rest of the AAA industry. All of those other publishers nickel-and-dime you for EVERYTHING. Hell, almost every other fighting game in recent times has had their rosters chopped apart. Blazblue Cross-Tag in particular had literally half of it's roster paywalled. But Smash? Here's 73 characters, tons of modes, some 70 stages or so, 1200 things to collect (complete with info about each), and EIGHT HUNDRED FREAKING SONGS. What's that? DLC? Oh yeah, there'll be a whole SIX characters in DLC (each coming with more music and another stage). Yeah. Just six.

Really, the rest of the AAA side of the industry looks pathetic and sad when compared to Nintendo right now. Nintendo can be all sorts of screwy sometimes... but holy hell do they still make good stuff. At this point I have loads of respect for them. And a sort of anti-respect for the others. Particularly Microsoft, because they made Windows. And EA, for existing.

On a side note, the theme for Ridley's Hideout from the first Metroid is totally stuck in my head. AGAIN. I havent even heard it in the game yet...

I will play the next smash with my friend in a few minutes, ill talk about it then because I love smash its one of the game I know since im a kid I had it on N64 and just the intro of this game give me chills.

Isadoorian said:
I have that as well, need to play it more; is rather mesmerizing at times
Click to expand...

I've found it intense (it's so easy to die!) but also relaxing. I love the exploring and seeing how long I can last. I think my current longest life was 71 days. I think I might get it on PS4 as well. I wish my husband would try it too but he thinks it sounds boring so won't, haha. He doesn't play survival games so I guess it makes sense. Hope you have fun when you go back to playing it. I managed to finish the story mode so far. A big update in coming in late December which means a save loss for story mode so I wanted to get it done. I started tackling some of the challenges now the story mode is done. Nomad challenge and the first of the bear hunting challenges I've just done.

Misery said:
So, a bit more time with Smash.
Click to expand...

Man we played a few hours the game with few friends and it was amazing.

We are far from having all characters because they didnt want to use the trick to unlock them faster ( doing a versus and then getting a character then reloading the game to reset the cooldown of 10minutes , leading to something like 210-280 minutes but this is not very fun hehe)

But it was realy good and clearly more fast paced. I died because I fell to fast juste like in melee when I was not used to it !

My only issue is that, maybe its because I got older, but in my opinion there is too much going on especially because we were 6 and not just 4 , the effects of the stage + the final smash we all have + the item its too much IMO. I wont have the game but if it was me I would have changed the settings.

When you fight to unlock then I find that they have a weird behavior, they are not just cpu with a hight level they have a certain behavior, for instance I defeated little mac and it was weird because he was moving left and right a lot like crazy and he was very reactive, I had zelda so it was a bit complicated to go all in xD
You must log in or register to reply here.