Ways Humans Can Help Other Animals

MARQUETTE, Mich. (AP) — An Upper Peninsula city is closing a portion of a road to vehicular traffic every night to protect migrating salamanders.

The city of Marquette is closing a portion of Peter White Drive in Presque Isle Park from 8 p.m. to 8 a.m. daily until April 15 or until the migration is completed, the city announced. The closures began on Monday.

Road barricades will be placed and removed daily to prevent vehicular traffic in the migration area. Only foot traffic is permitted in the area.

“Protecting the blue-spotted salamanders’ migration is vital, as they are an indicator species, informing us about the health of our environment,” Kathleen Henry, a special projects coordinator and education specialist for the Superior Watershed Partnership said.

Now, some might claim that's dangerous driving. But I think that's neither here nor there. Besides, if someone drove into the back of me - it's considered their fault in UK law, which means my "no claims" on my insurance is safe, and I get to write off a car and get another one.

But yes, we should do more to help the animals.

V.I.P Member
Driving at night in the car, cut back on the speed. Seriously--you'll save a lot of animals AND a lot of radiators and grills. If you're in deer country slow it down to about 45 per hour, keep the lights on, and blow the horn if you see deer. Deer do not like electric horns, & will bounce out of the way--but their hooves are slippery on asphalt roads; cloven hooves don't do too great when deer want to make a panic start on some pavement. Deer have no brakes. Automobiles do. Use them if you've got them (This applies to motorists. If you are reading this, you are not a deer.)

The ones to watch for are opossums. I've nearly hit opossums before; they are small and cuddly and appear to be suicidal. Remember that for opossums their defense is to play dead, and for armadillos they leap straight up into the air when confronted. Unfortunately neither of these helps them with cars. Armadillos could duck & pass between the wheels, but end up leaping into the front bumper or the radiator grill--bonk--and then, if you are a sportsman & eat what you kill, you have 'possum on the half-shell.

Snakes, frogs, turtles, rabbits, all that--leave them be. I have, on occasion, stopped the car to retrieve particularly large turtles from the road. Most other drivers will leave you be if you make eye contact while standing in the road like a crazy person, wielding a walking, flailing, biting manhole-cover from the Pleistocene. Do not do this with snapping-turtles; they can reach almost out of their shells and they bite ferociously. Snapping-turtles can be chased or swept across with a big stick; I tend to leave them be as they are faster than most turtles anyway & can get on out the way. Pick turtles up from behind and do not turn them horizontally--I repeat, keep the tail end of the turtle aimed away from the front of shirts. There's a family story about a friend who went & moved a Florida gopher tortoise and then had the bragging rights of being crapped on by an endangered species.

Place your turtle in the grass on the other side of the road embankment (where he was going anyway), and give him a push, like curling if rednecks had invented it. He'll slide off and when he feels the grass moving he will start to scoot again and go find water to sink in.

For whatever reason people will run over turtles with the car; I still don't get this but every day I think we strayed from the light when we got rid of the public whipping-post. Same applies to snakes; there are enough misconceptions about snakes that people will deliberately swerve to run them over.

V.I.P Member
My gut reaction is that people who kill animals due to gross recklessness (or worse) live's should be forfeit. But then used as compost or mulch so as not to be a complete waste.

But I realize this is a little extreme and comes from some primal area of my brain that needs to be blocked off.

I like these wildlife bridges they are building over highways in some parts of Europe. 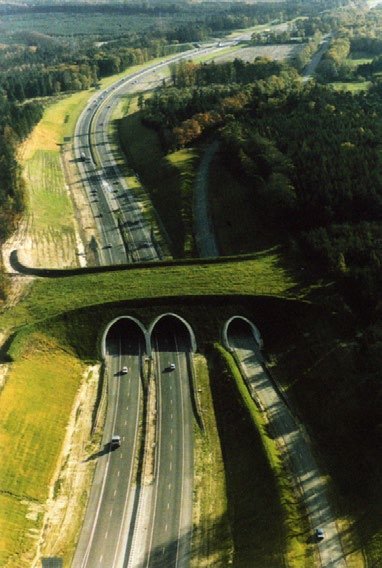 V.I.P Member
Bridges for Animals To Safely Cross Freeways Are Popping Up Around the World
There are also wildlife bridges but smaller in various places in England where hedges have been cut down

V.I.P Member
I think the salamander idea is great and common sense. That area of the country is also very beautiful and home to some of the oldest geology/rock on the entire planet earth.

V.I.P Member
Sign Petition: Agony, Torture, & Fear Are "Normal Farming Operations" in the U.S. Tell Congress: Take Action
You can sign this one if you're outside the U.S

V.I.P Member
What Investigators Found After Following a Pig Transport Truck for 30+ Hours 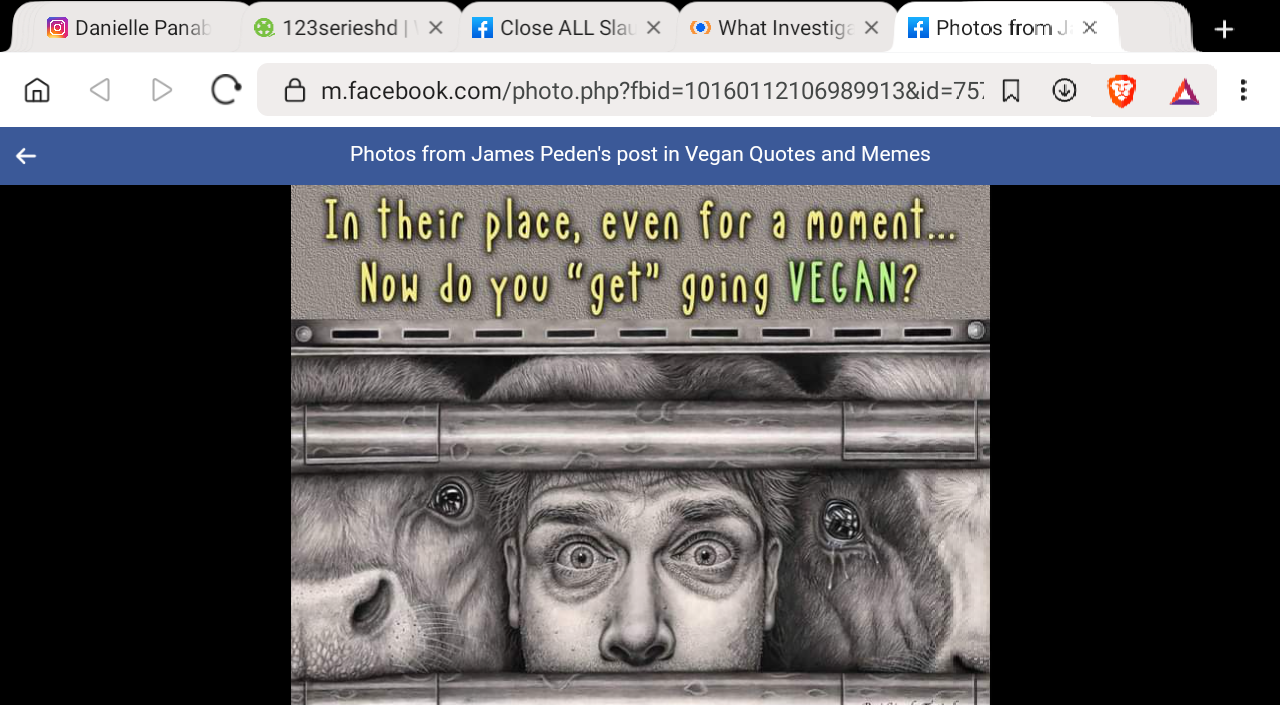 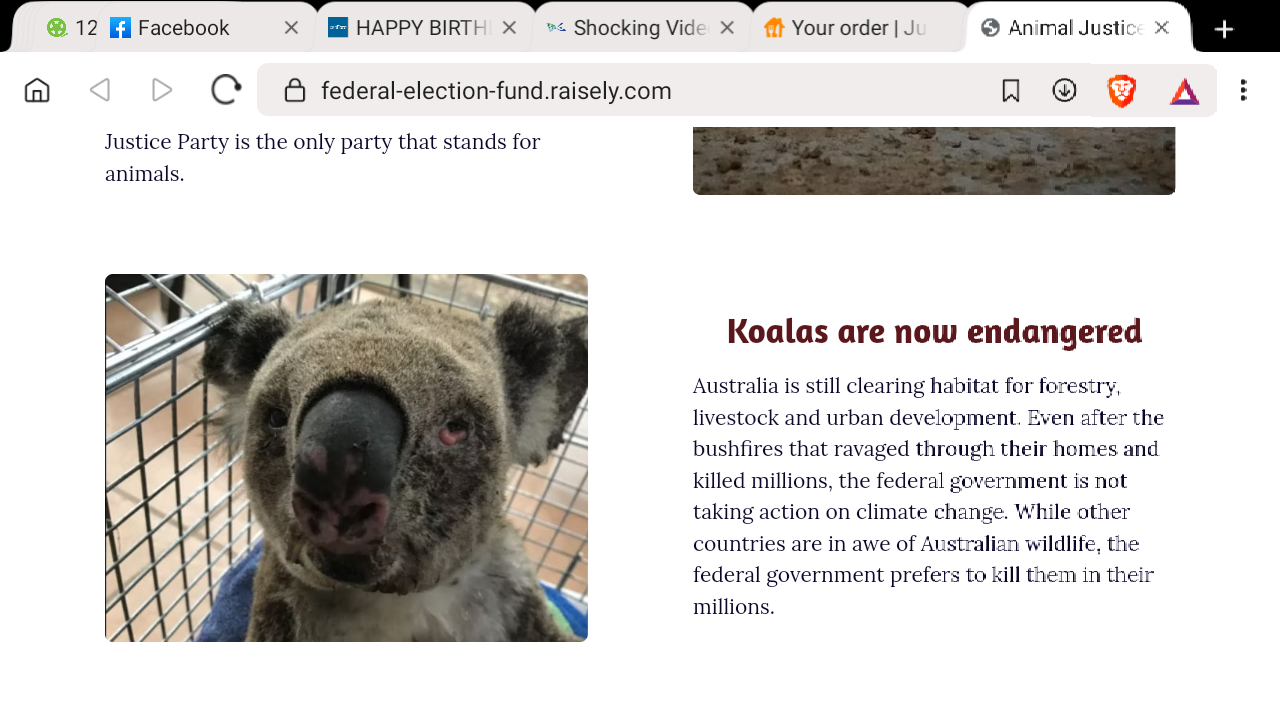 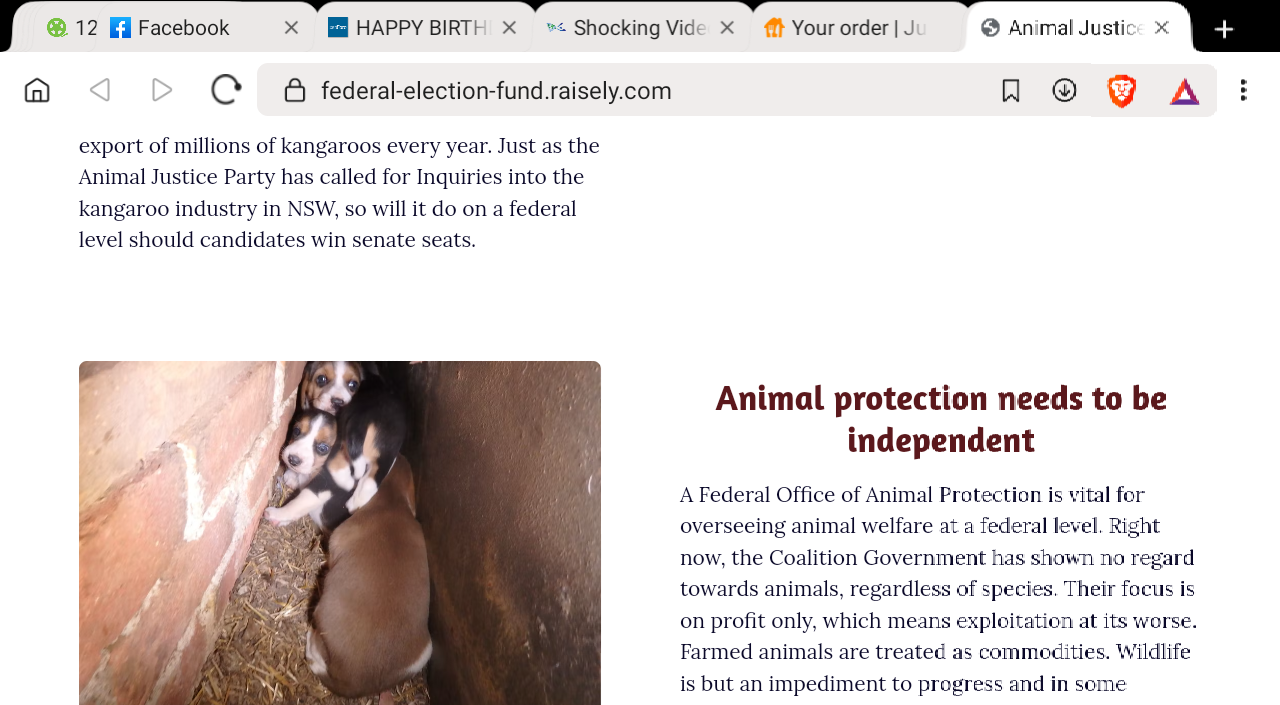 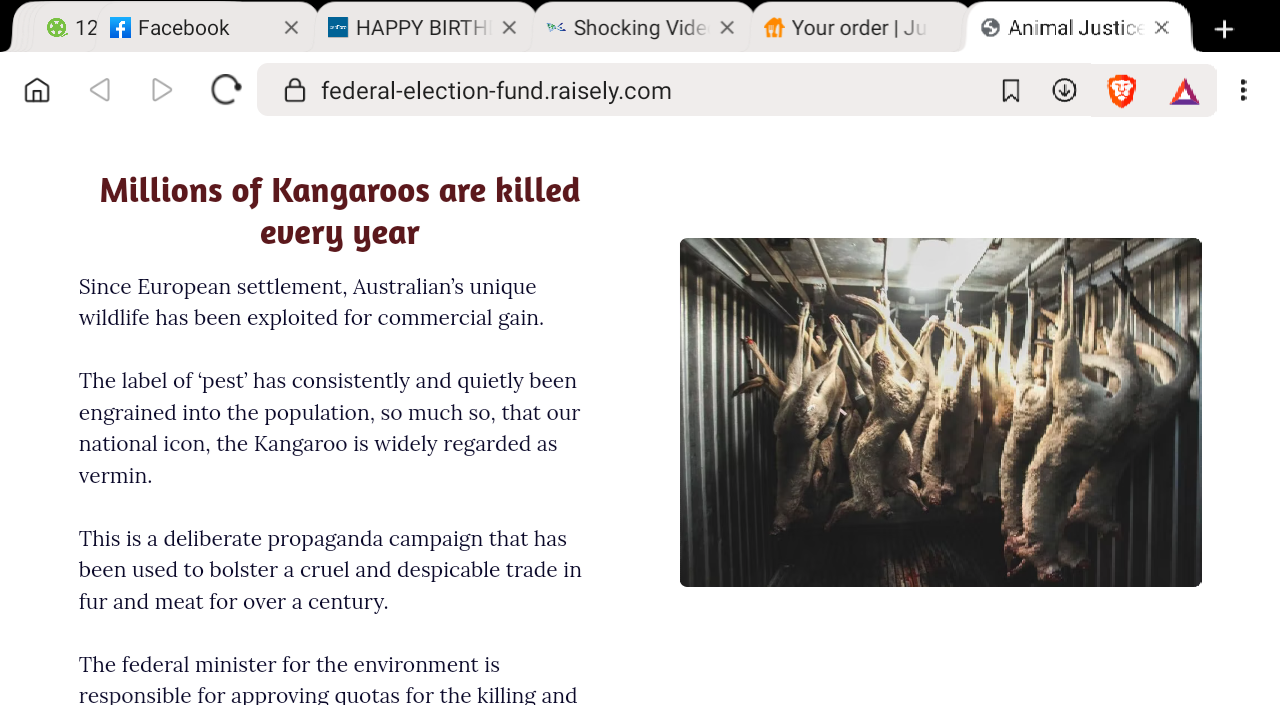 V.I.P Member
Fox hunting under the spotlight - thank you for your support! 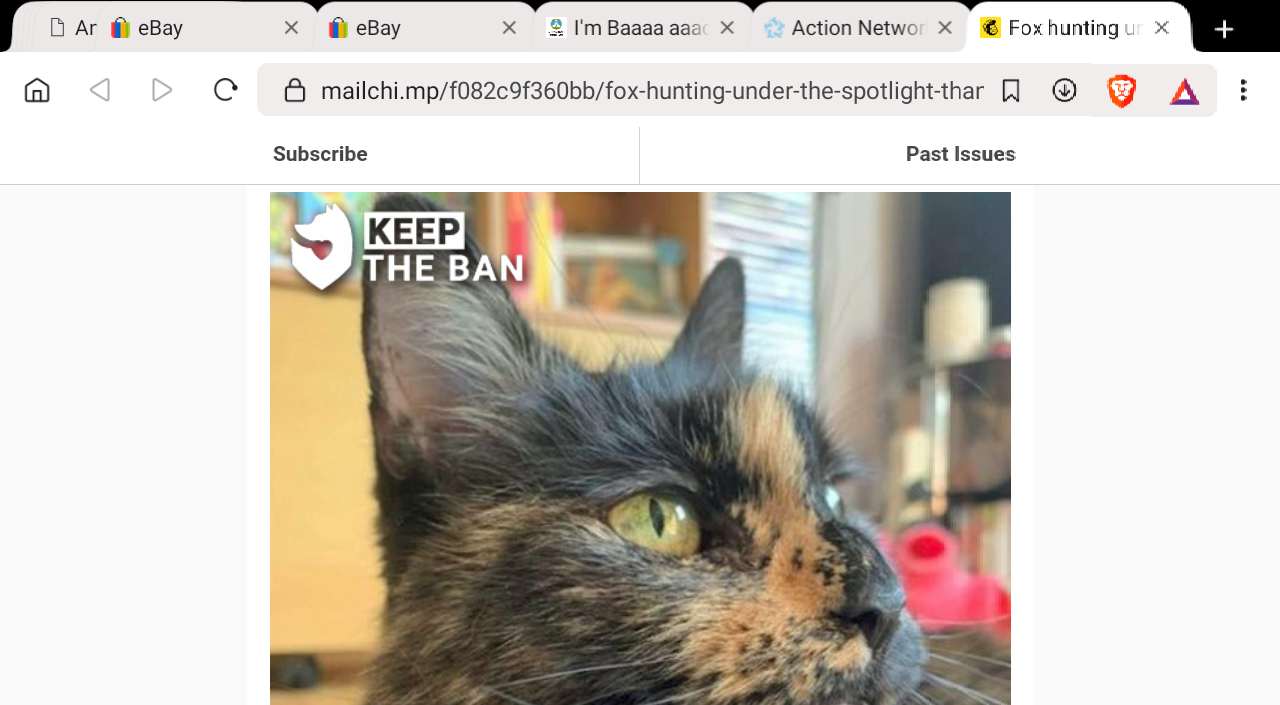 This was! mini the cat she was !slaughtered because a psychopath was supported by other PSYCHOPATHS that like to 'hunt' SENTIENT beings(birds,foxes,rabbits,hares),if you like to hunt you supported this 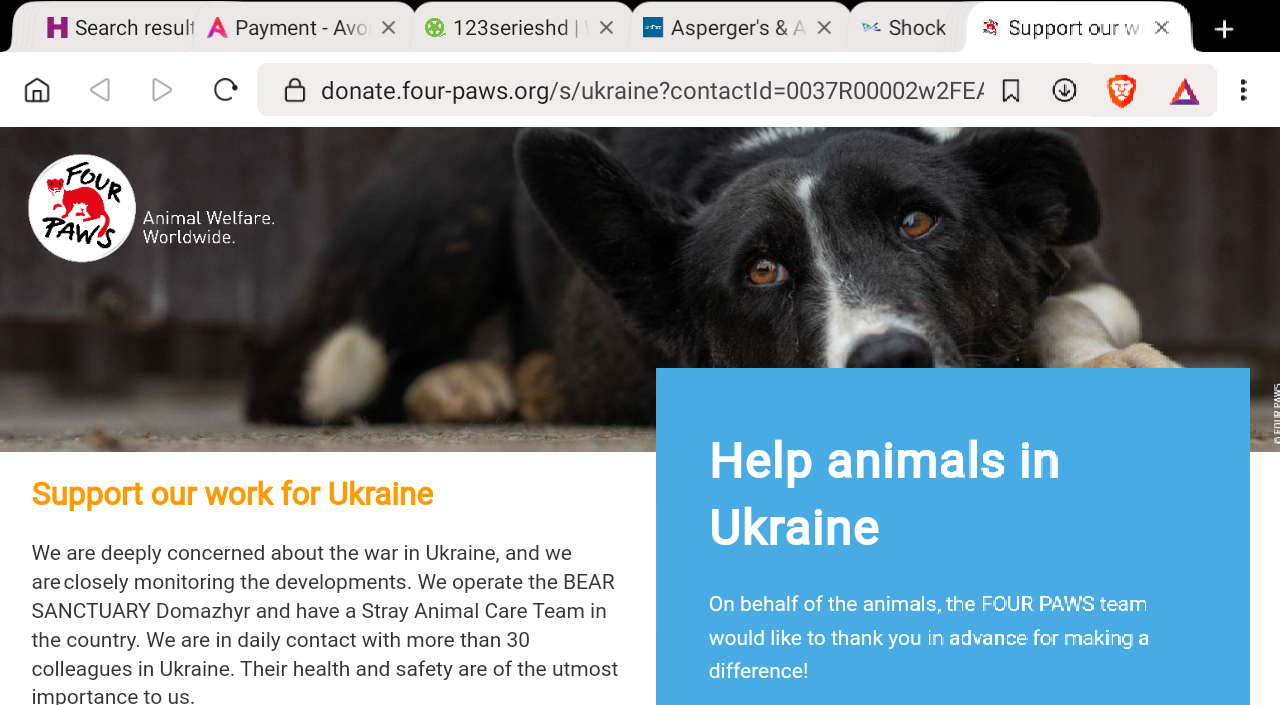