V.I.P Member
What temperature range are you most comfortable in?

I love fall weather and the accompanying rain, personally.

V.I.P Member
Summer & heat for me.

I dunno about everyone else here but I tend to experience issues in temperatures other than my "preferred" one.

....I'm not sure where I was going with that, so that explanation died a horrible death before it even got out the door.

V.I.P Member
A while ago it was 80 degrees here. Right now it's 40. I want to go back to 80. I like that hot, hot summer weather. When I was younger I liked the winter, I would ski in -13 degree weather. But now I want heat and lots of it. Walking outside in the morning in nothing but boxershorts and flip flops and feeling the warm air and sun, it doesn't get better than that.
Last edited: Tuesday at 6:05 PM

Just here for the ambedo

V.I.P Member
Goldilocks temperatures. Not too hot or cold. Fall is the best. Unfortunately this year Summer is just not letting go.. Summer storms though are great.

In the course of one day ?

Or do you mean over a more lengthy span of time?
O

For me it's the tropical wet season, 32 degrees celsius during the day and 27 overnight. Proper beer drinking weather.

V.I.P Member
I like warm days and cool nights, 75 F and 50 F respectively. But voted for a cold winter. We would have snow followed by a melt, in cycles. So conditions for decent XC-Skiing were rarely good. I want a winter like we had a few years back. Temps around 20 F during the day, -5 F at night. Lake Michigan was completely frozen over and we had 160 in. of snow for the season.

Guess I'm a "steppe" person- prefer it cool and dry. The higher latitudes.

Gone sideways to the sun

V.I.P Member
Gentle rainy day, with a cool breeze filtering thru, then the sun bursts thru.

V.I.P Member
Warm spring, not a lot of rain, and cool nights.

tree said:
In the course of one day ?

Or do you mean over a more lengthy span of time?
Click to expand...

V.I.P Member
For me, it's between 55 and 85 degrees Fahrenheit (12 to 29 degrees Celsius.) Anything above or below that is a nope. I don't do well with extreme temperatures. Below 45 degrees is especially a nope.

I love summer (unless it's 90), mid to late spring, and fall. I can't stand winter (from November onward) or early spring, and I don't think I would survive in a colder climate. I live in a relatively cool climate zone (we have very cold snowy winters that last until March, and it occasionally snows as early as October or as late as April. It snowed on Halloween in 2020.) This climate is not my preference although our summers are nice.

I would have to say that if I had a choice, I would rather be stuck in a tropical climate forever than a boreal or arctic climate.

This was our Halloween snowstorm, I took this picture while I was walking around the neighborhood wishing I was trick or treating, lol 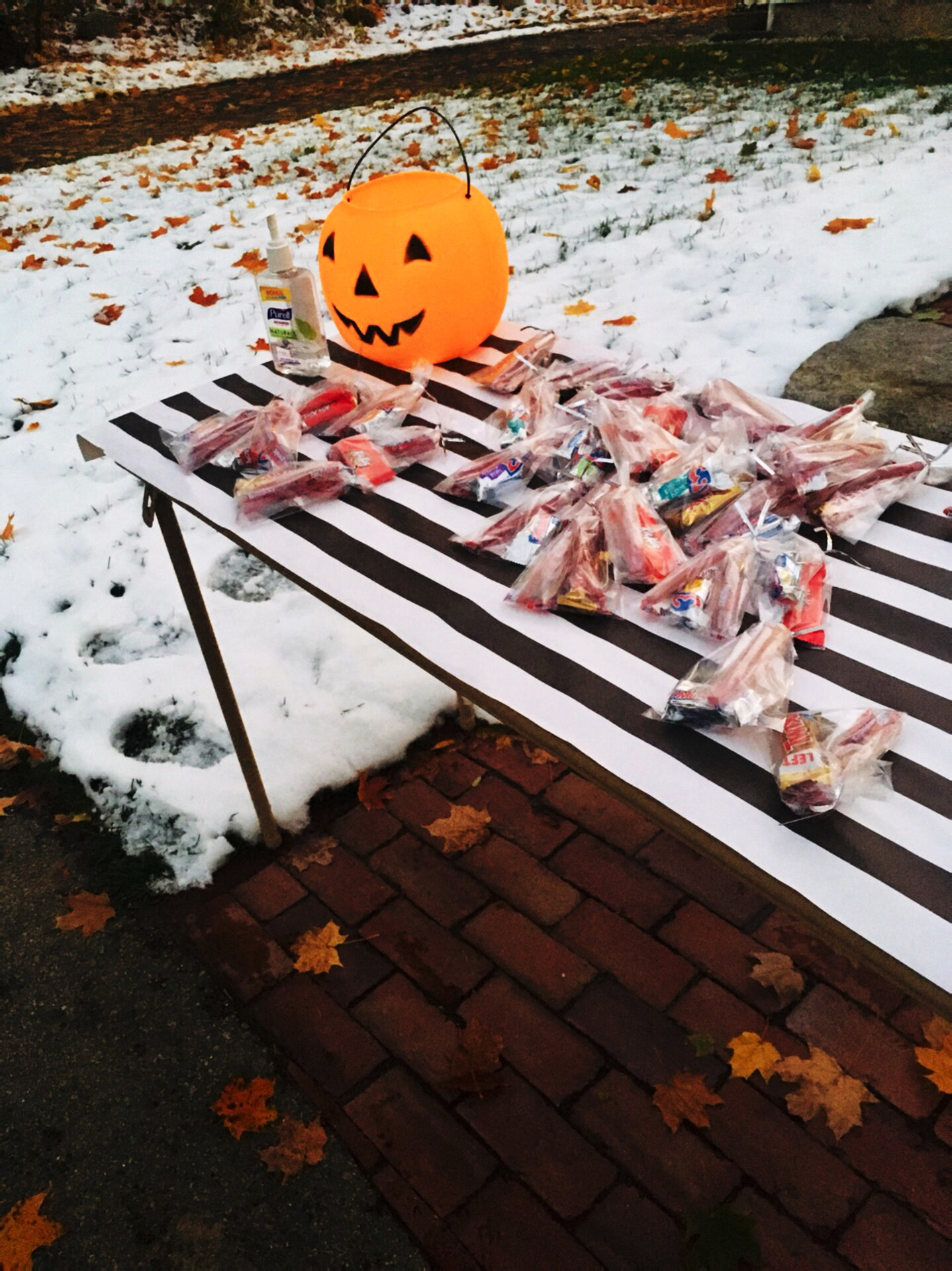 V.I.P Member
I like crystal sunshine through thick clouds, with drizzle and mist throughout the day. And Yellow leaves at my feet.

V.I.P Member
They call it "Indian Summer". Which should come in a few days. Temps back into the mid-eighties tops, but cooler nights to better sleep in. But it never lasts long...and after the first week of October it can snow here.

Right now I'm resisting the urge to put on my robe. Cool and rainy outside...but we always need the rain!

Just here for the ambedo

V.I.P Member
Btw, I'd love to know who voted for Hurricane conditions with me... you rock

If I was told it'd be the only temperature I'd experience for the rest of my life I'd probably pick the unnoticable room temperature with a bit of sun and rain per day.
I love above all else the fact the weather changes. By the time the cold snow comes around it's been so long you can't help but be excited again. Then when you're sick of it the green starts to return. Then the rain ends and the heat comes in. Suffering through sweaty nights the cool winds roll in and nature becomes a mess. Then once again everything becomes silent and still and everything feels pure and empty. It really is a perfect mix.
You must log in or register to reply here.