(Not written by me) 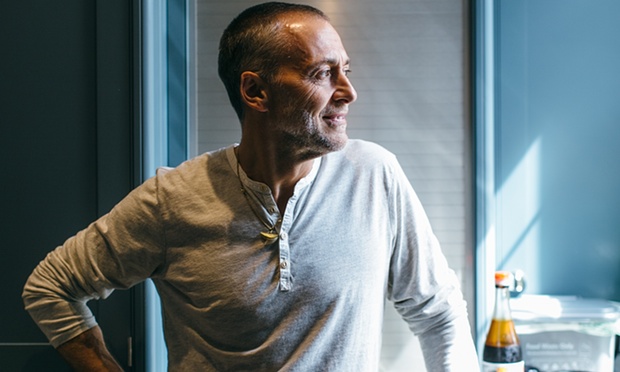 Michel Roux Jr: ‘Chefs who are in the media have a duty to get the message across – we should be teaching our children to eat properly’. Photograph: Lee Garland for the Guardian

The Michelin-starred chef and TV presenter Michel Roux Jr has criticised the glut of cookery contests on TV and shows that glorify celebrity chefs.

Roux, the former MasterChef: The Professionals presenter who quit the BBC last year and will front new Channel 4 series, Kitchen Impossible, said there were “possibly too many” TV cookery shows.

He took aim at series in which contestants have to outdo each other in the kitchen and programmes that “glorify the chef and put us on a pedestal”.

“Beating people is not the best way to approach life. It’s wrong,” Roux told the new issue of Radio Times, when asked about BBC1’s MasterChef and The Great British Bake Off.

The hit BBC1 baking show ended its current series, won by Nadiya Hussain, with more than 13 million viewers earlier this month, the biggest television audience of the year.

Roux said TV cookery shows “can glorify the chef and put us on a pedestal. I worry about that; it brings young people into our industry for the wrong reasons”.

He said: “They think they are going to be the next Jamie [Oliver] or Gordon [Ramsay]. But it doesn’t happen overnight. They don’t realise that actually Jamie, Gordon and myself worked our backsides off to get to where we are.”

Roux, who left the BBC after refusing to give up his paid endorsement of Bartlett potatoes, backed Oliver’s recent public attack on sugar and said government health advice was often “unclear and confused”.

“Natural fats, dairy fats, are good for you in moderation. Sugar is the enemy, always has been. Look at the label, if there’s anything with ‘ose’ on the end, put it down,” he said.

“Chefs who are in the media have a duty to get the message across – we should be teaching our children to eat properly. We should be spending more time in the kitchen, even if it’s only once or twice a week.

“There are major health issues out there – if we can help by giving advice about how to cook and what we eat then it can only be good.”

He added: “There have been at least two generations of mothers no longer cooking at home and no longer passing on their basic cooking knowledge. That is part of the problem.”

“I had never encountered them before so it was very hard, but I adapted. Tourette syndrome, though. The physical ticks, the very very crude language… Tourette syndrome absolutely shocked me.”

Roux said he was “not a celebrity chef. A celebrity chef is a chef who spends more time on television than in their kitchen. The television work that I have done is a by-product of my job, it has never ever taken over my life.”

AGXStarseed said:
Roux’s new Channel 4 series will put eight people with disabilities, including Asperger’s syndrome, autism and Down’s syndrome, through an intensive four-week introduction to catering.
“I had never encountered them before so it was very hard, but I adapted. T
Click to expand...

I wish the article had spent more time on this, and less time on his criticism of "celebrity chefs."
I can easily imagine that he went into the interview thinking it was going to focus on his planned training of these persons with disabilities, but instead the person interviewing him took most of the focus off the article off of the disabled participants, and put most of the focus on the criticism of celebrity chefs.

V.I.P Member
I couldn't resist putting this link after the posts above
http://www.theguardian.com/tv-and-r...stic-gardener-review-is-autism-the-new-baking

I liked the Autistic Gardener program. Experiencing as I do, many of the stress triggers & anxieties that the participants in this series frequently exhibited during their garden makeover tasks made it a laugh-and-cry roller-coaster ride really. It was genuinely sweet seeing people accommodate each other in enforced confines

- There was a subtext commentary explaining about aspects of autism, like overload & how these occur & why they can be manifest in certain ways. That was interesting from an ASD affected viewpoint. I would possibly have been more intrigued if it wasn't all so f-a-m-i-l-i-a-r lol

I am glad to hear it's not going to be another competitive cooking show. So tired of them. I leave the room every time my wife puts one on (she can't get enough of them). I don't mind watching shows where I can learn new techniques or get new ideas. It's also not bad to see someone baking something with sugar - just realize you can't live on that stuff - it's okay as an OCCASIONAL treat.

I don't tolerate unexpected noises or people who talk too loudly all that well. I realize that people with Tourette's cannot help their condition any more than I can, but we are incompatible. I simply cannot be in the same room with them or upsetting things will happen.
You must log in or register to reply here.