V.I.P Member
Roses are red
Violets are blue
Poetry is hard
This is the best I can do

V.I.P Member
There once was a man from Skalitz
Who slept on hay made from palettes
He woke with a fright, in the middle of the night
And found himself in south Prybislavitz!

(read: Skaltiz and Prybislavitz are locations in Kingdom Come Deliverance, one of Maddog's most favorite games, and this poem is a reference to a gimmick with Hardcore mode that requires you to select two negative perks at the start of a new save file, and one of them causes you to wake up in a random location when you sleep somewhere.)

bitter and hard
with a pitted heart

time and water and salt

those wretched olives
are utterly transformed

into a precious commodity
of oils and fruited wealth

A psychologist said so

When I spinst thoust mild, facetious steering wheels,
Thy head speaks wretched, burning, oily phrases.
Yet only should I better move my gazes,
As ill bode hungry leers from modern ship-eels.

When wrapping up thoust hand like vines of steel
Doust lips are bent, and by your eyes are glazes,
The quick wrap stings like teenage schooling hazes
so only shalt remain as road orange peel.

When my time doust draw so ever closer
And only shall remain as feeders blind
Thou listen to me sound to liveth well:

"Never shalt thou think of some as loser;
Only serve to be and feel as kind.
Otherwise thy friends foundest in hell"

V.I.P Member
Soft as feathers, smooth as sand,
Reach out far your desperate hand
Silent as air, gentle as foam
Water of empathy, made itself known
A dream to your left, a spell to your right
You'll feel it later, as if a blue light
Breathe in slow, for one then two
The next you breathe out, be cleansed anew.


Wake up, furball. I had to do some magick on you. It's gonna help you.

V.I.P Member
The world is corrupt
Everyone is lyin’
Here’s your stupid
Valentine

The life of a scale is not sublime
People step on you all of the time
Then they get so mad their eyes are on fire
They scream and they swear and they call you a liar
But all you're doing is telling them how much they weigh
It's not your fault they eat ten thousand calories a day
They don't eat healthy and they don't exercise
But it's you they accuse with harsh glaring eyes
It makes you so depressed you almost wish you were dead
If only you were a scale that weighed produce instead.

V.I.P Member
If one wants truly bad poetry, one should listen to some 2 Live Crew, which I will not be quoting here. 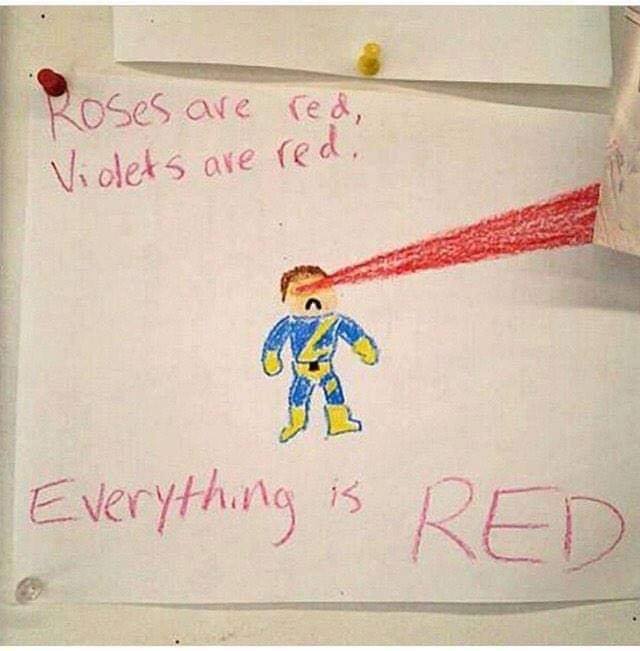 I have gone to look for myself,
If I should return before I get back,
Please tell me to wait.

V.I.P Member
Roses are Red
Violets are Blue
I'm Going Down to the Market
Can You Check If we are Out of Anything?

Sing A Song of Sixpence
A Pocket Full Of Rye
You Ever Had a Pocket Full of Rye?
It is Really Itchy
And it's Pert Near Impossible
Once it Sticks in Like Little Grass Seed Thorns
To Get the Chaff out of the Weave of the Fabric.
Have you Ever Walked Through A Field of Tall Grass
And When You Got to Your Car
You Had to Pick Thorns Out of Your Tubesocks?
That Was Ryegrass.
Save Yourself the Headache
And the Itch
Next Time Put it in A Baggie
Also, Why are you Using Rye?
It is Too Dense
It Doesn't Rise Well At All In Breads.
And Squirrels Won't Eat It.
So, You'll Be Stuck With Rye
In Your Pantry
For the Next Ten Years.
That is,
Unless You are a Knucklehead
And You Think it's a Brilliant Idea
To Carry Rye in Your Pocket.

Sun bright sheets billow, guises of battle standards, sails, and wings—
among them, upon ripples of grass lay a book, open to page sixty-four,
Where the Sidewalk Ends, the name of a place at the end of all things.

Between the snap and bite of white, a fox from Alder Tree’s shore,
strung up, pinned ear to ear, bounced and jounced, high on the line.
And below, she sat, held the book that lay open to page sixty-four.

Phi, irrational exception to rationale, a child who saw the fox shine—
Yes, a humble creature strung up by the ears, an Impossible Thing,
the fox sewn of socks, cobalt and gold, rode the wind on the line.

Concealed amid agreeable grasses, Phi marked her page with a string,
a smile of bliss kissed across her face, a breath of peppermint wind—
now was the time, as she heed it, the voice of an Impossible Thing.

That whisper, heard by the heart, not the head, a truth from within,
a call that made a small wonderer, ponder how to set a sock fox free.
An answer at the edge of a pond sat, a bucket, up-ended in the wind.

All a’clatter, after it Phi bound, a bucket tumbling toward the sea,
eyes on her prize, a bucket, first step on the road to the Alder Door.
Sun bright sheets, guise of the Last Great Ripple Gannet’s Wings—
and Phi perched on a bucket waits, clutching an Impossible Thing.


Just a boy, an Ichabod sort with feet too big and a nose too short.
Long legged and gangling he resembled a crane, one half grown
with strawberry hair and bright amber eyes rich as the best port.

Those eye how they gleamed, watched Phi's queer plan take shape,
she was in need of some help if this plan had the chance to prevail.
Phi required someone who wielded wonders, a Great Towel Cape!

Young Hero Campbell was just such a requisite—enterprising fellow.
With a temper as sweet, as biting as his bright hair he said, 'Hey you!’
Phi in her haste to reach that bucket, tripped…winded as a bellows.

Grey eyes burned, a quiet rage, Phi gained her feet belying her age.
No tears trickled o'er her sand abraided knees, she Queen Phi—
regal as you please, awaited the champion to save her old sage.

Hero Campbell, a champion, rash and untutored, willing to try
strolled through the goldening growth of shore grass, stretched
a long finger hand to reach her. Queen Phi who refused to cry.

With a nod and a whistle he accepted her quest to save the Fox,
for he could reach where the very small could not, should not be—
Hero with his towel a’ billow waded into sheets to seek the Socks.

Fast as a mumble, soft as rain he faced the waves of clean white.
Not blade of grass, nor loam ripe fingerprints could be left behind
or a wily old raptor would have him in her frumiously keen sight.

To save the Sock, a good Hero required a faithful, fearless steed.
And for Hero, his beast was quite fine, a Tyrannosaurus, rueful—
of his teeth, his size, his might. Just the dinosaur for such a deed. 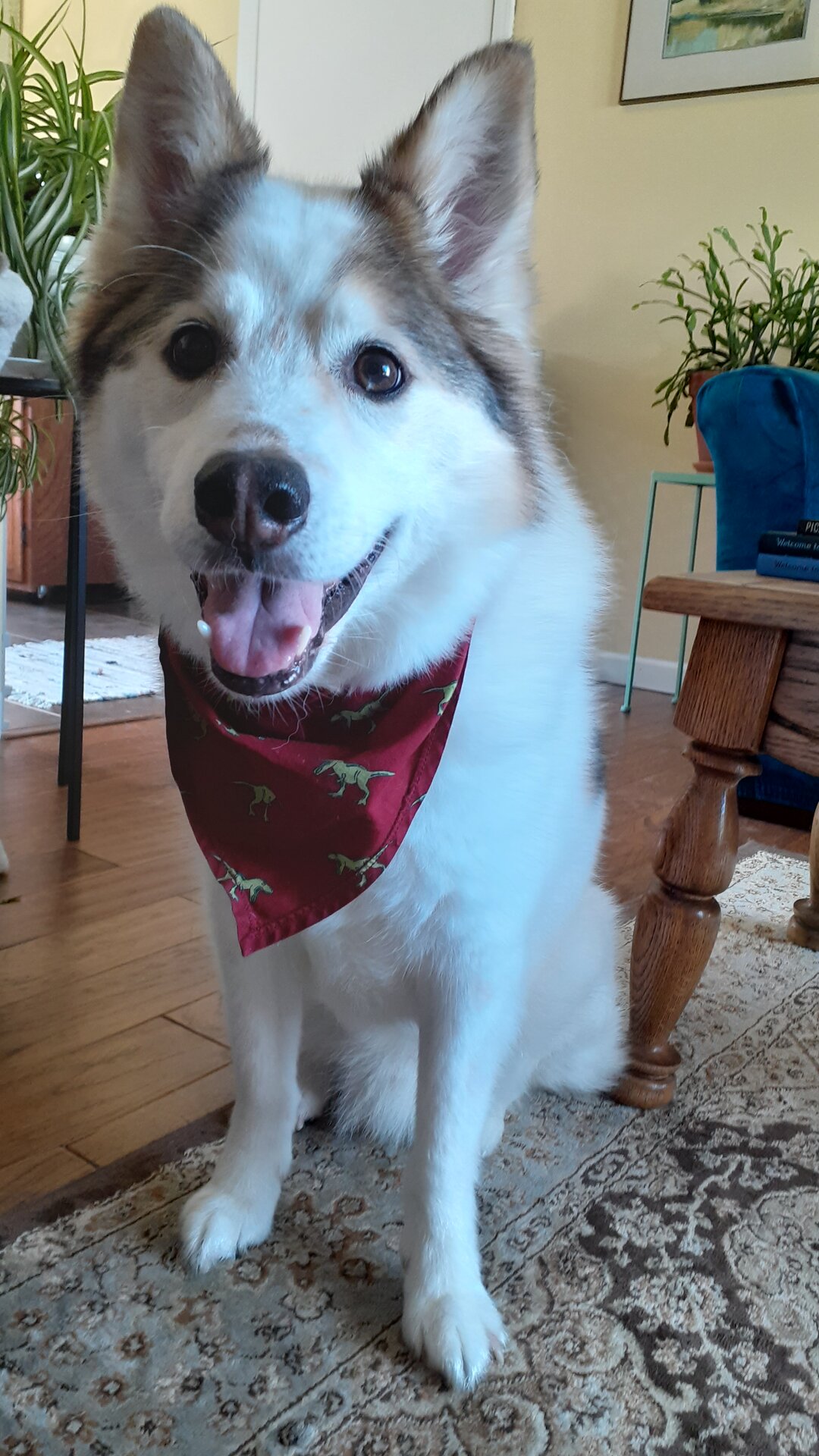 V.I.P Member
When I realised my poetry was bad
It made me very sad.
But I cheered up when
I read this thread and then
Wrote this.

I think it's getting worse
So here's another verse.
Bad poetry can be
Quite fun-ny.

You have to read it right
To get the effect. Slight
Problems may be detected
When my poetry is inspected.
But

Words on a dog star screen
that conjures wild thoughts
of a Toad, an Oracle of old
Delphi, of a fern fringed pond
a prophet upon brick red stone

A Knight, errant and disgraced
by a court of sleek skin frogs--
Thwart, awaiting requisite quest
in the shade of a clichéd stool
favoured by those lorefolk kind

A prophecy told by the old Oracle
of a good dog of brass sprockets
laid low by a beast, and Echo freed
wet sprockets, warted knight, and
that all seeing, soft chirping toad

Words on the dog star screen
and an old song reminiscent
of bending spoons, koi fish
swimming round and oddly
an elephant upon the stairs

Omg I love this, it’s enamouring me like gobblefunk.

And shortly before posting this.. there was another post present, below Darrkin’s #16.. I didn’t see the poster but had chance to read what was and admired it considerably, only to try to post a winner tag, unable to as it disappeared.

V.I.P Member
Heh, it's from Hitchhiker's Guide To the Galaxy, specifically the text adventure.

UberScout said:
Soft as feathers, smooth as sand,
Reach out far your desperate hand
Silent as air, gentle as foam
Water of empathy, made itself known
A dream to your left, a spell to your right
You'll feel it later, as if a blue light
Breathe in slow, for one then two
The next you breathe out, be cleansed anew.


Wake up, furball. I had to do some magick on you. It's gonna help you.
Click to expand...

This might not actually qualify as bad. You may need to try harder to stink at this.

V.I.P Member
Roses are red,
Some are pink,
You love me? Good!
Now go fix the sink!

(some silly thing I wrote as a little kid because apparently I read one too many comic strips where a wife wants her husband to fix something)
You must log in or register to reply here.