Menu
Log in
Register
Install the app
You are using an out of date browser. It may not display this or other websites correctly.
You should upgrade or use an alternative browser.
Resource icon

Author
Nick Dubin (foreword by Dr. Valerie Gaus, advisory board member for AS and HFA Association, and grant committee for Org for Autism Research)

If you ever wonder if participating in this site can help you, or if supporting this site is “worth it,” this book makes the case for giving ASPIESCentral your support—and it offers more than ten possible techniques for grappling with fear, one of the cornerstone emotions of the aspie experience. Dubin writes:

“Look at the neurodiversity movement, spearheaded by a group of passionate individuals on the autism spectrum who believe autistics should be accepted as being different but not defective. They rail against groups of individuals who speak of a cure and are equally passionate to help other individuals with autism spectrum disorders (or differences…)…instead of being complacent, they are taking on some of the most influential autism organizations in the world…” (p. 190).

And I felt a swell of pride in us. We are some of these people. This site is one of the groups of the passionate. We post. We ask questions of each other, and answer them. We can blog if we want to. We hold each other to standards of decency and positive input.

“…I want to say, fellow Aspies: I believe in you. I believe in your potential. I believe with enough hard work, you will break down the barriers that hold you back. Eventually, you will find your way in this world…the best way to understand how your anxiety has played a role in your life is to meet other people with Asperger’s and talk to them about their experiences.” (p. 191-192).

It might be fair to say that Nick Dubin studied aspies “the better to know himself:” he’s an aspie with a master’s in Learning Disabilities. His book Asperger’s Syndrome and Anxiety is a reflection on specific techniques to manage the socially-stressed mind, and how his own family assessed life with an aspie child.

Each chapter has a short list of action points and reminders that summarize the chapter.

His approach is more cognitive than physiological—as royinpink commented in the poll,the 10 techniques I cited from the book appeared to be preventative. They are--but they can be used in both "slow" real-time for chronic issues and "fast" real-time in emergencies.

I read the book because I felt driven by the fears I can’t quell about life on a planet that I, like many of you, am not sure I can call home. I was curious about what a relevantly educated aspie has learned about:
I had certain problems with the Asperger's and Employment section. I notice that posters here often comment about problems with university, and I didn't have the easiest time with college either. Dubin found refuge in higher education studies, and his views are rosier. That said, the text agrees with other books in terms of finding a way through problems (see Loud Hands review), and dwells relatively less on the pain of them. I think it's a useful balance. 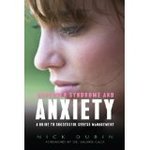 I found that I had applied some of these strategies already, but that doesn't mean they aren't valuable, and Dubin writes with personal experience of the subject matter, which gives him better insight and sympathy than many. I could do without the parts about spirituality, though.
Upvote 0 Downvote
Read more…
Top Bottom