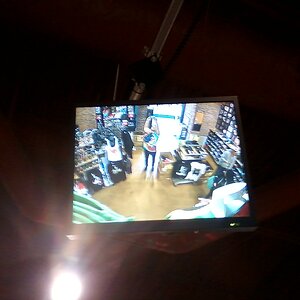 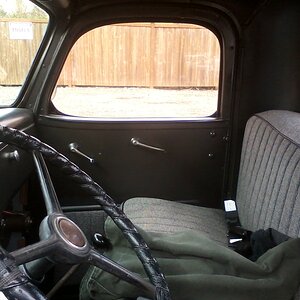 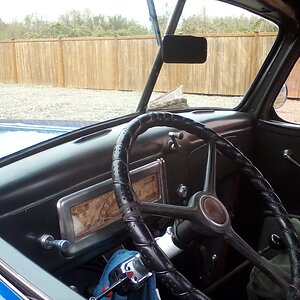 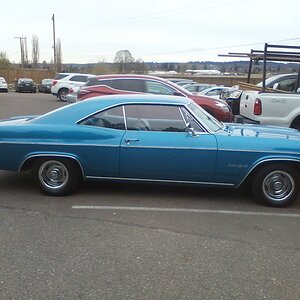 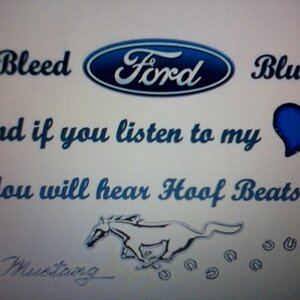 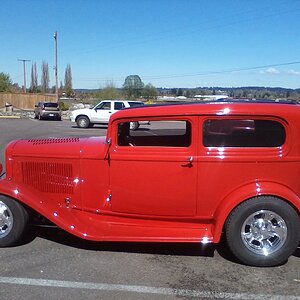 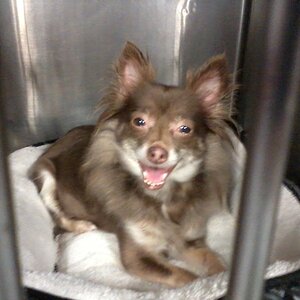 It's a Chevy Impala Super Sport, though I can't tell what year. @Nitro can probably tell if he pops in.
@Sportster The side view of the taillight and the shape of the front fenders/bumper makes it a 1966 delivered with a small block 283 cubic inch powerplant as noted by the plain-jane crossed flags on the front of the fenders. The 327 equipped cars had a chrome 327 badge above the crossed flags.

396 and 427 cubic inch displacement Mark IV equipped cars had different fender tags that featured the Turbo-Jet insignia and displacement of the engine.
https://www.opgi-static.com/common/CHV4220-lrg.jpg?v=11620131037
@Nitro Thanks! I would not have guessed it was a '66. It's a shame they still don't build them with classic lines like that. It reminds me of the Ford Galaxie 500, which is my favorite car. I don't know what it is about it, but I've always liked that car since I was a kid. I wanted to build one with a teardrop scoop and Cragar SS wheels.
@Sportster my dad had a red 1967 ford fairlane 500xl 289 with black vinyl top and automatic shifter on the column in front in the middle between the drivers and passenger seat it had a hood scoop with locking pins on front of the hood i like the 1967 ford fairlane alot and its smaller than the ford galaxie.
'65-'67 Chevy Impala. One of my school friends' folks had one, about this color. One of my favorite GM old school muscle cars. My folks used to own a '69 Pontiac GTO Judge, and yes, it was a real Judge.
@An0maly_1976 No, that is a 283 inch 1966 Impala SS .
I know quite a bit about there rides having owned my 1966 Chevy Caprice since about 1989.
Same sheetmetal with the exception of it using a different roofline.
It shares the rear deck lid with both the 4 door Impala and the ragtops.
The quarter panels are different both years as well as the front fenders.
The bumpers are different as well.
'65 and '66 Chevys all share the hoods but with a different hood spear each year on the models that got them.
The Biscayne and Bel Aires got short changed on their trim and rear lighting packages.
I'm pretty well versed on these rides, having restored mine since back in the early 90s.
The '65s and '66s share doors and many of the other body lines but in '67 all of the exterior sheetmetal is different.
The B platform was produced from 1965 to 1970, so they all share the same chassis with the exception of the big block cars, the Super Sport cars, the Caprices and the convertibles getting a third member with two upper control arms instead of the standard single one.

Mine as a mouse motored 327 streetmachine around 1993:
Pit row Indianapolis Motor Speedway

At the present, my old gal is nearly finished to compete in NHRA Super Street 10.90 class with a dialed up 427 sitting between the fenders.
@An0maly_1976 BTW, the wheels are incorrect as well
@Nitro Interesting info. I'm not up enough on most models to be able to nail the exact year like that. The wheels I knew were not stock on those though.

Filename
my bikes and other random pictures ) 005.jpg