No retreat, no surrender

Blog entry Gallery
I find dictatorships and such like to be quite fascinating.

After many years feeling emotionally destabilised when I read the news, I seem to have gone the other way. Being able to distance my emotions from bad news, and often turning it around with a real dark comedy twist.

If you've ever uttered the phrase "I find that offensive" you may not wish to read the below:

To be honest, firing without warning is the most effective way to use a gun. Don't want people getting the chance to duck. It's not like in war we politely inform the enemy when we're about to shoot in their general direction. Sort of negates the entire point of a firearm.

I have to say, that is quite a hefty looking vehicle in that photo. Very based. My mind does make odd links. Seeing that truck reminded me of that red SUV that hit the parade of grannies that was in the news a few weeks back. I know - that's quite grim. I then went onto imagine the damage that bad boy could do. Plough through the protestors. Perhaps you should blame this on violent video games. Sometimes on GTA it's fun just to get a big truck and squash lots of people. Then we have that old classic Carmageddon - where running people over gave you points. 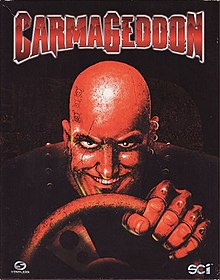 All this led me to recall the South Park episode where they have to drill through that hippie music festival in order to hijack the stage and play Slayer to disperse the hippies from South Park. I wonder if music could disperse protestors? Unlikely if they're still protesting when being fired at by AK's.

I've said it before, and I'll say it again (classic autistic repetition), I never understand when people get upset over jokes. What people seem to fail to realise is that a joke isn't real. In fact it's often making reality somewhat surreal. You either find a joke funny or not. Similarly - you choose to find offence, or not. But in this "cancel culture" there seems to be a very angry and toxic element behind a lot of these complaints. Personally I see no sense in humouring these people. "I find that very offensive" well that sounds like a you problem, and society should not make that everyone else's problem.

Perhaps it's because I've been at the brunt of a lot of jokes made at my expense. One thing is for certain with ASD - it can make you thick skinned. Also, dark humour and comedians who specialise in it tend to have mental health struggles of their own. I think it's a remedy to the darkness - to find some light; some humour to lift your spirits. But the humour will be jaded through life experiences, mental health and general outlook. Thus we have dark humour.

That vehicle looks like it has a big gun on it. Maybe an autocannon. A very based weapon indeed.

Bandits eh? What wonderful phrasing. He also blamed all this on foreigners. It's a typical mindset of such governments - to pin the blame on a specific demographic. I recall a Netflix series "How to be a tyrant" which highlighted key steps in dictatorships. One of which is having a scapegoat to justify your violence and persecution. Seems to happen the world over. The usual "us and them" mentality that continues to fuel sexism, homophobia, racism and religious persecution. I still think this could be down to some sort of basic/animal biology at work. This "us and them" which is complicated by societies, religion, politics, beliefs etc. But we experience it with ASD and other mental health struggles too. People notice when you're not "normal" and it can leave you open to stigma and persecution.

But I remind myself that the news is almost exclusively bad news. So what's the best remedy to negativity? Positivity. How do you turn something grim like death into something humorous? Gallows humour.

Another excerpt from the article:

"We had to deal with armed and well-prepared bandits, local as well as foreign. More precisely, with terrorists. So we have to destroy them, this will be done soon," he said.

Soon™ - I remember that phrase being used on this private server of a game I play. Whenever people asked when a certain update or feature would be added, everyone would reply with "Soon™."

It's quite a statement though, and very menacing. But again, the language is very evocative. You dehumanise the enemy by making them out to be bandits, or foreign terrorists. After all, if your enemy is being portrayed as some kind of degenerate that is ruining your country, you can attempt to justify whatever "remedy" you see fit to rid your nation of such reprobates.

I had a huge grin on my face when I heard that they were requesting help from Russia. Putin is very based indeed. Again - I don't agree with what he's done, or his policies. But the fact he's got away with it is fascinating. UK media is very anti-Russia. It's funny, because for all their anti-Russian rhetoric over the years, they've actually made me find Putin more endearing.

Honestly though, calling in Russia? Supposedly they're sending in paratroopers too. It'll be like Red Dawn.

I do admire the no nonsense approach of an authoritarian government. This is probably because of my fascination with 20th century dictators, along with WW2 and military history. Also, in the wake of this ever growing "woke" culture we live in, part of me admires governments who restrict people's freedoms. But again, when mainstream society and politics seems to fail - people often see the appeal in political opposites, or seemingly extreme behaviour. Not that you can condone or justify such behaviour.

War and violence is abhorrent. And yet, I have been bombarded by news headlines such as this for so many years. It went from high anxiety, to apathy, and now I'm actually finding it humorous.

How can you laugh at other people's suffering?

Now, of course I'm not happy, or glad that people are suffering and dying. "But you're joking about it". Yes, because what else is there? Gallows humour is trying to somehow brighten a dire or hopeless situation. The news focuses on a world full of other people's problems which you can't fix. I'd rather laugh in the face of adversity. At the same time, I resent when people claim to grieve for strangers. This culture of "RIP" whenever someone famous dies, or whenever we see yet another news article of tragedy and death.

I'm sick of it to the point that my behaviour is now thoroughly inappropriate. I won't feign sorrow or remorse. Perhaps I find such harsh actions by tyrants to be fascinating because I've lived in the shadow of autistic masking all my life. To see people who have the balls to act how they want is somehow empowering - even if their actions are heinous and inhuman.

Certainly a stark contrast to our flippant government (in)action in the United Kingdom. Recently we let 4 white hippies go free for criminal vandalism during a BLM protest in Bristol. How is it that you can openly commit "criminal damage" but be found not guilty of criminal damage?

Perhaps I'm too wrapped up in the "what if's" to see the reality and gravitas of the unfolding situation in Kazakhstan. I am a little confused by the methods. If you're willing to open fire on your own people to stop a protest, then why are you relying on soldiers with assault rifles?

"The interior ministry says 26 "armed criminals" and 18 security officers have been killed so far in the unrest."

When you see riots on the news - it's normally water cannons, shield and batons etc. Maybe some dogs and mounted police on horseback. But in this country, they're willing to kill the protestors. So why even be subtle about this?

Forget using standard riot control methods. They made some concessions in the wake of these protests, but still they continued to riot.

No retreat
No surrender

Forget tear gas or rubber bullets. This government clearly doesn't care about their people. So why not get old testament on them - an "eye for an eye". Rock up to that protest on day one in that big armoured vehicle. No other supporting troops, or riot police etc. Sure, self-preservation when someone is being fired at is probably to run away. But why give them the chance? Fire that large calibre autocannon without warning. Tear through a few hundred people and leave a trail of mince meat in your wake.

I know, it's in very bad taste. But again it isn't real. Simply a very dark and surreal "what if." My little waffle/rant made me and a few friends laugh. I thought I'd share it on here, but I understand if it causes offense. Just remember, it's you who chose to find offence. I still maintain that no joke is offensive - we have a choice on how we react. That negativity is your own making - don't blame others.

I did some background reading into the government & found this. I adore the contrasting colours and intricate design:

The news is primarily bad news & it fuels negative emotions. I don't think they have people's interests at heart. I took all that bad news to heart for many years. My cure was to severely limit how much news I read. Also, to try and find the funny side to what I read. Some might argue that it's wrong or immoral to laugh about death. But I am of the opinion that no death comes unbidden, and that death is not the end.

All this really does show how reserved and emotionally repressed the UK is when it comes to fuel protests though.

This is very good. Thank you.