Last night I put on an episode of the new Top Gear. They had 3 old convertible cars, one of which is the same era Mercedes SLK that my parents have. When I pointed it out, they both got very excited.

My mum then watched for a bit and exclaims, that's a different model to my Mercedes, because it has different lights. She said this when a close up of the car on the left, a Chrysler was on the screen. Totally different car. How do you come up with that? My folks, and my mother especially come out with so many comments on a regular basis that are so far out in leftfield - I think they're on a different planet. That, plus they're not readily taking things in. So often I talk to them and they're not listening - just autopilot noises. When they watch things too, it's like they're not truly present to take it in. 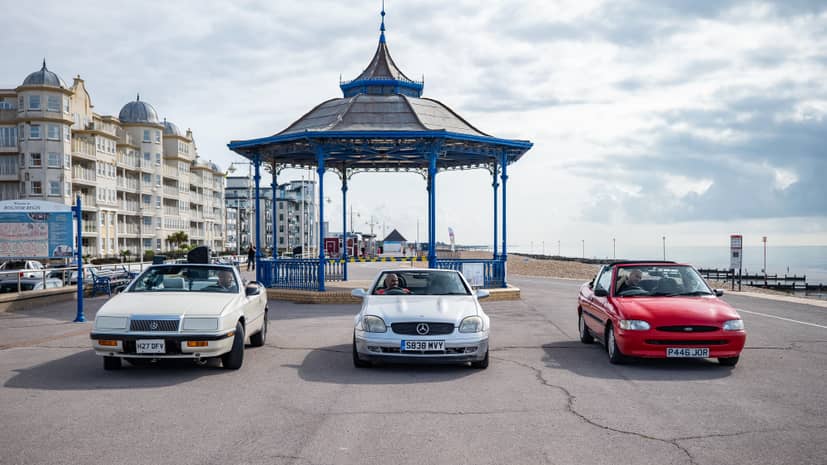 As they did the challenges, my mum's ego was getting bruised and she was being vocal as hell about it. Normally they're both very vocal TV viewers, and my mum's voice and energy in particular is too much for me. I felt very tense that dinner.

The first challenge the Ford crashes on the first corner as they spray lube in their faces whilst they drive around a motocross track. The Merc went and set the best time, then the Chrysler set 2nd place. They let the Ford run again and it utterly thrashed the Merc. Then my mum exclaimed:

It's creepy, my folks are in their's 70's and 80's and throughout their marriage I hear them call each other mummy and daddy. Whiff of dysfunctional to say the least.

Odd. Unhealthy attachment, I wonder where I learnt that from... But it's tricky, as they're my parents, and yet; when I describe antics in detail, especially to therapists - they're quite alarmed. My last therapist went so far as to very firmly call my mother derranged, and my emotional background during my upbringing as traumatising. At the time, these were rather lofty statements to try and process. But since being back home I've started to really see how unhealthy being back here is for my mental health.